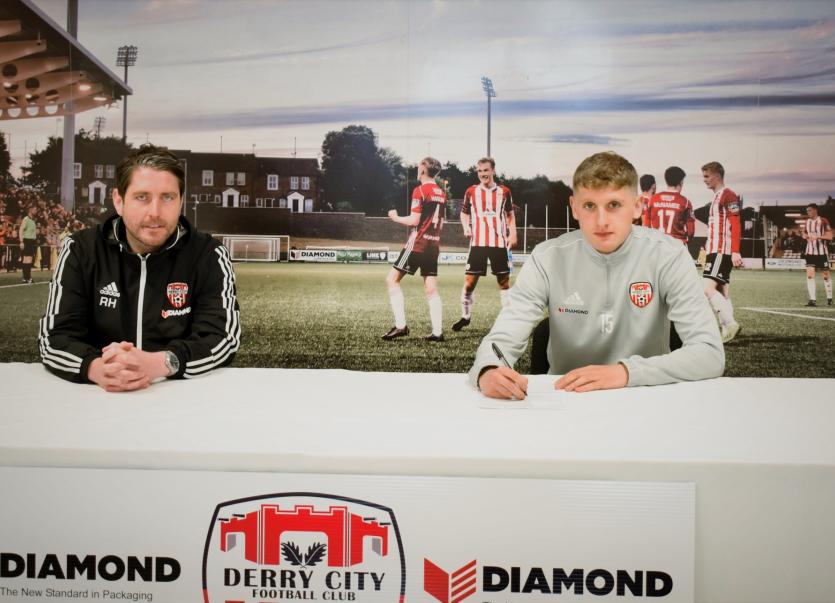 Ronan Boyce has celebrated his 20th birthday by signing a three-and-a-half-year deal with Derry City.

The Ramelton youngster has broken through to the first team and become a regular this season. He appeared as a substitute against St. Patrick’s Athletic in March, and he hasn’t left the team since, appearing in each of City’s last seven games.

Boyle made his Derry City debut as a very late substitute against Shelbourne last October but has really come into his own this season and even scored his first senior goal in the 1-1 draw with Drogheda United at the Brandywell last month.

Manager Ruaidhri Higgins explained that the decision to give Ronan his first professional contract was an easy one.

“He’s been brilliant from the minute I walked in the door,” he said. “Obviously I watched a few matches before I came in and he was very good in them games as well so it’s no surprise to me and it was something I wanted to do nearly straight away, and I’m delighted we have come to the long-term agreement with Ronan.

“He’s very easy to work with; he’s a dream actually. You can give a young player a long-term contract and they can rest on their laurels but that won’t be the case with Ronan. He just doesn’t have that in his make-up, and this will only make him stronger and give him a really good platform to develop.”

The player himself is delighted to sign the new deal.

“I’m buzzing with it to be honest,” he said.

“No chance will I ever get comfortable with this. I just want to keep going and play at the highest level I can and hopefully fulfil my potential whatever that is.”