Buoyant Donegal hurlers will have no fear in Newbridge

Roscommon victory boosts squad ahead of league clash with Kildare 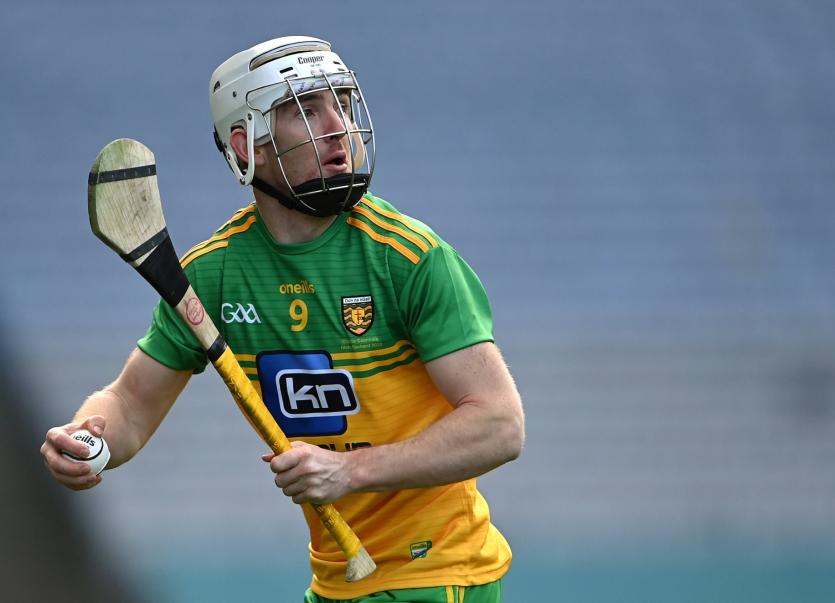 Donegal forward Ronan McDermott says his side head into their clash with the mighty Kildare with added confidence after picking up a crucial win over Roscommon at the weekend.

The Burt man was one of many heroes in green and gold at Letterkenny's O'Donnell Park on Sunday, firing home a late goal that helped secure a massive two points for his side.

He told Donegal Live: "We knew how important it was to get something out of the game against Roscommon, what with it being at home and the fact that we've a tough away match to Kildare to follow it.

"It means we can now go to Kildare with the security of those two points under our belts. They are the Christy Ring holders and will be expected to win, but we've got nothing to lose and you just never know on the day."

Newly promoted Donegal have given their league survival chances a massive boost after mounting an impressive comeback against the Rossies in Sunday's league opener. Trailing by three points and with the clock ticking, McDermott pounced on Declan Coulter's parried shot on goal to bundle the sliotar over the line on 70 minutes.

The goal gave the hosts the impetus they needed, with follow-up points from Niall Cleary and Coulter securing a massive victory for Mickey McCann's men.

Said McDermott: "Luke (White, Donegal keeper) made a brilliant penalty save earlier in the second half that really kept our hopes alive. He is a fantastic keeper and is so comfortable on the ball he's basically like an extra defender.

"Then as we were heading into injury time, Declan hit a shot on goal, and nine times out of ten, it would have found the back of the net, but it fell out to me and my first reaction was to kick it over the line.

"That really got the momentum swinging to us, and Niall hit a cracker of a point from his own half shortly after before Declan added a point.

Though just 27, McDermott is something of a veteran of the Donegal hurling panel, having made his senior debut as a fresh-faced teen in 2011.

And he says the side is growing in confidence with each season, with the players keen to test themselves against top-notch opposition.

"Beating Mayo in the Nickey Rackard final last year was a huge win for us," he said. "It's been years since a Donegal side has beaten them so that was a new experience for me.

"It has given us so much confidence. We were naturally disappointed that we couldn't go up to the Christy Ring this year because of the situation with covid, especially because we know we have such a good team there at the minute.
"We have lost two brilliant players in Joe (Boyle) and Davin (Flynn), but there is a lot of competition for places and the players we have are well able to step up.

"It's been difficult having only a handful of weeks to train collectively, and in front of goal our forward line isn't as sharp as we'd like it to be, but that will improve with each game.

"Our next three matches, against Kildare, Mayo and Derry, will all be challenging, but this is where we want to be playing. Hopefully we can pick up another point or two.

“It would be nice to go to Derry for the last game and be in a position where we are safe and can really go out and enjoy it."