DONEGAL PLAYER RATINGS: How the Donegal players fared against Monaghan on Saturday 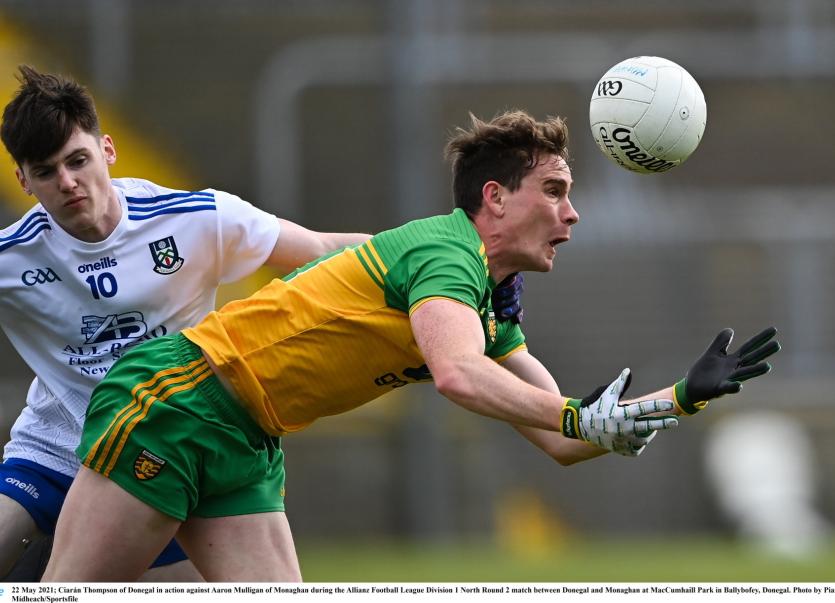 In what was an extraordinary game, the ratings for Donegal reflect that. The home side's defence was under pressure from early and it continued until the final quarter.

SHAUN PATTON: Couldn't be faulted for any of the goals and did well to stop a few others. His goalkicking was again exemplary. 7.5
EOGHAN BÁN GALLAGHER: Was involved very early to score a point and it was good to see him back. But like the rest of the defence was really tested by the pace of Monaghan. 6
NEIL MCGEE: Had a difficult day after being caught for the opening goal. Tried hard to get his team going. 5.5
BRENDAN MCCOLE: A different game from the one in Omagh; on the back foot and the pressure saw him having to retire before end. 5.5
PAUL BRENNAN: Again tried very hard to get Donegal on front foot but it was hard work in that opening half. Seems to be the first to be called ashore nowadays. 5.5
RYAN MCHUGH: The form of recent years has deserted him so far; got into good positions but even his finishing was off. 5.5
PEADAR MOGAN: One of the few bright sparks for Donegal. Always seems to be available and looked a threat. 7
HUGH MCFADDEN: Not his usual self, McFadden just didn't seem to be at the pace of the game. May have needed a rest after last week. 5.5
CAOLAN MCGONAGLE: Got through a lot of work, but again struggled against the pace of Monaghan. 6
NIALL O'DONNELL: Worked really hard from start to finish and got two good points. Gave pass for equalising score. 7
CIARAN THOMPSON: Like many, was in and out of game, but very good on the ball and his two points were excellent. 6.5
MICHAEL LANGAN: A wonder goal, which would have graced any stage. But also out of the game for long periods. 6.5
PATRICK MCBREARTY: Not everything came off, but he stood up for Donegal when needed after Murphy's early exit. 8
MICHAEL MURPHY: Not on long enough to rate and hopefully the injury is short term.
OISIN GALLEN: In for his first start of the year, he was hesitant early on but hit three good points and has more to give. 7
DÁIRE Ó BAOILL: An eventful day for the Gaoth Dobhair man, called in after five minutes. He was chasing the game at times but unlucky to receive a second yellow. 5.5
EOIN MCHUGH: In at half-time, the Kilcar man did well in the second half, hitting a point and involved in some of Donegal's better stuff. 6.5
ODHRÁN MAC NIALLAIS: Great to see the midfielder back and he looked calm when all around him was in a state of chaos. Hit some great long passes. 6.5
STEPHEN MCMENAMIN: In for Neil McGee in second half, McMenamin looked strong and hopefully stays injury free. 6.5
PADDY MCGRATH: In for final 15 minutes and the Ardara man looked lively. Will be hoping to also stay injury free. 6
JASON MCGEE: Not on long enough to rate