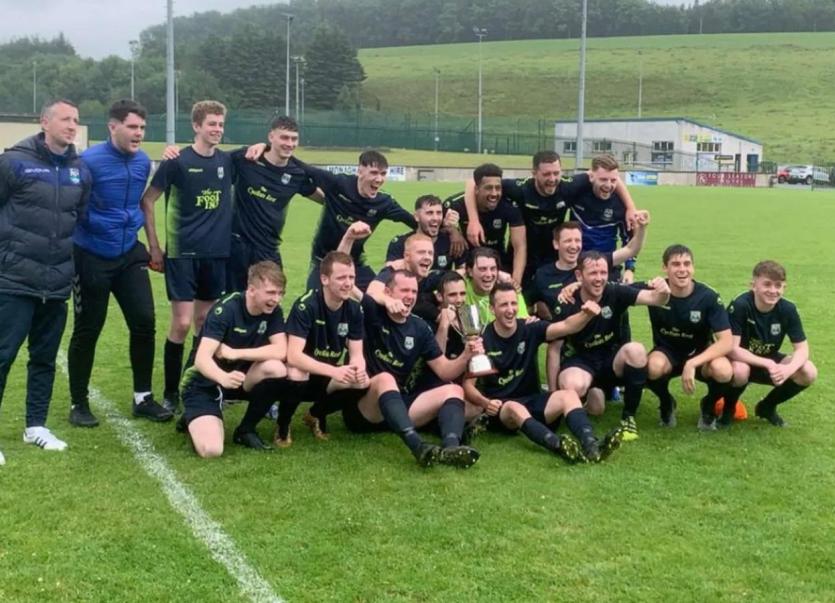 Aileach were too strong for Cavan Town in Sunday's Ulster Junior Cup final.

In-form striker Aaron Nash bagged a hat trick for Aileach FC as they lifted the Ulster Junior Cup with a resounding 4-0 win over Cavan Town.

Played in Gortakeegan, Monaghan, this afternoon, the Inishowen men got off to a flyer on four minutes when a Darren McMonagle cross from the left was slotted home by Dermot Doherty at the far post.

Their lead was doubled on 11 minutes when Doherty turned provider to skim a ball across the face of goal that was poked over the line by Nash.

The big striker got his second on 18 minutes when he ran onto Cathal McElhinney's defence-splitting pass and calmly chipped the keeper, and Nash had his hat trick wrapped up five minutes before the end of the first half when he found the top corner of the net from a seemingly impossible angle.

Cavan threw everything at the Lakeside men in the second half, but resolute defending ensured there was to be no comeback and Aileach ran out the resounding winners.

It was a fitting first-team farewell from veterans Cathal McElhinney and Anthony Doherty, who will be stepping down to the reserves this season after many years of service for the club's first team.