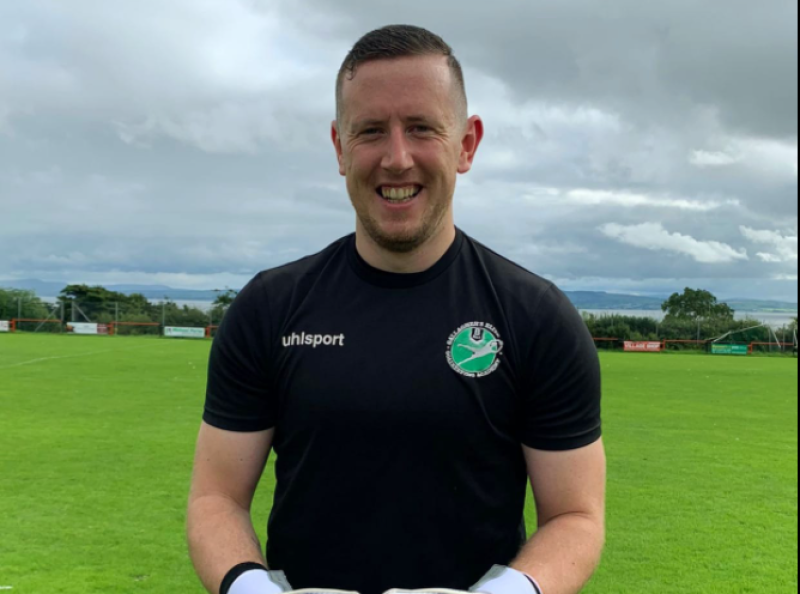 Ciaran Gallagher is now lining out for Gleneely Colts FC

The former Finn Harps goalkeeper was playing his first senior match since May 2019, when he was part of Ollie Horgan’s team that lost 3-0 at Dundalk and helped his new side to an impressive 3-1 at Redcastle in the Strand Hotel Division One in the Inishowen JFL.

Gallagher, 29, from Castlefin, saved from both Sean Curran and Brendan Murphy in the second half having taken up the invitation from his brother-in-law Gavin McLaughlin to sign for the club.

“I was in Dublin watching the Ireland against Azerbaijan match the previous weekend and although the result didn’t go our way I really enjoyed the buzz of football again,” Gallagher said. “I was glued to Gavin Bazunu’s warm-up and thought I’d love to get back involved in football again.”

It’s 12 years ago now since Gallagher made his Finn Harps debut two days after his 17th birthday, coming on as a substitute for Gavin Cullen against Sport Fingal in the First Division.

“I really enjoyed getting back playing again and it was a great result for us against a really good Redcastle team,” Gallagher said.