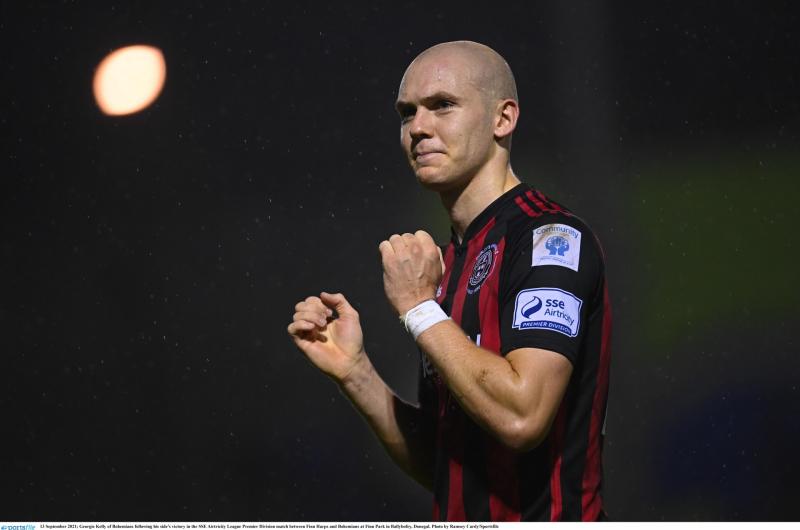 League of Ireland Premier Division top scorer Georgie Kelly has revealed that he underwent revolutionary eye surgery, after being forced to play a game with one contact lens.

The 24-year-old underwent the procedure on both eyes before the new season and says he could see clearly – without glasses or contact lenses – within an hour.

“I have always worn glasses and as my football career progressed with Derry City and then with UCD I obviously switched to contact lenses for games but they never always felt comfortable,” said Kelly.

“I was always getting sweat or grit in my eyes during games. It was always particularly hard playing under floodlights because you would catch a glare, especially as a striker going up for headers all the time. I had to look up so the lights would catch you.

“I was playing a game for Dundalk in Europe last year and half-way through the game I lost a contact lens and I didn’t have a replacement. So I had to play the rest of the game with just one lens.

“After that I thought ‘that’s it, this can’t continue’ and so I asked around and a local eye specialist in Louth recommended that I go to see the team at the Cathedral Eye Clinic.

“I still can’t believe what happened that day. The staff there were lovely and so professional and the procedures took just a few minutes. It’s non-invasive so I didn’t feel a thing.

“I had a cup of tea and sat around for an hour afterwards and then my new eyes started getting used to the light and I could see clearly without glasses or lenses for the first time. I was completely blown away.” 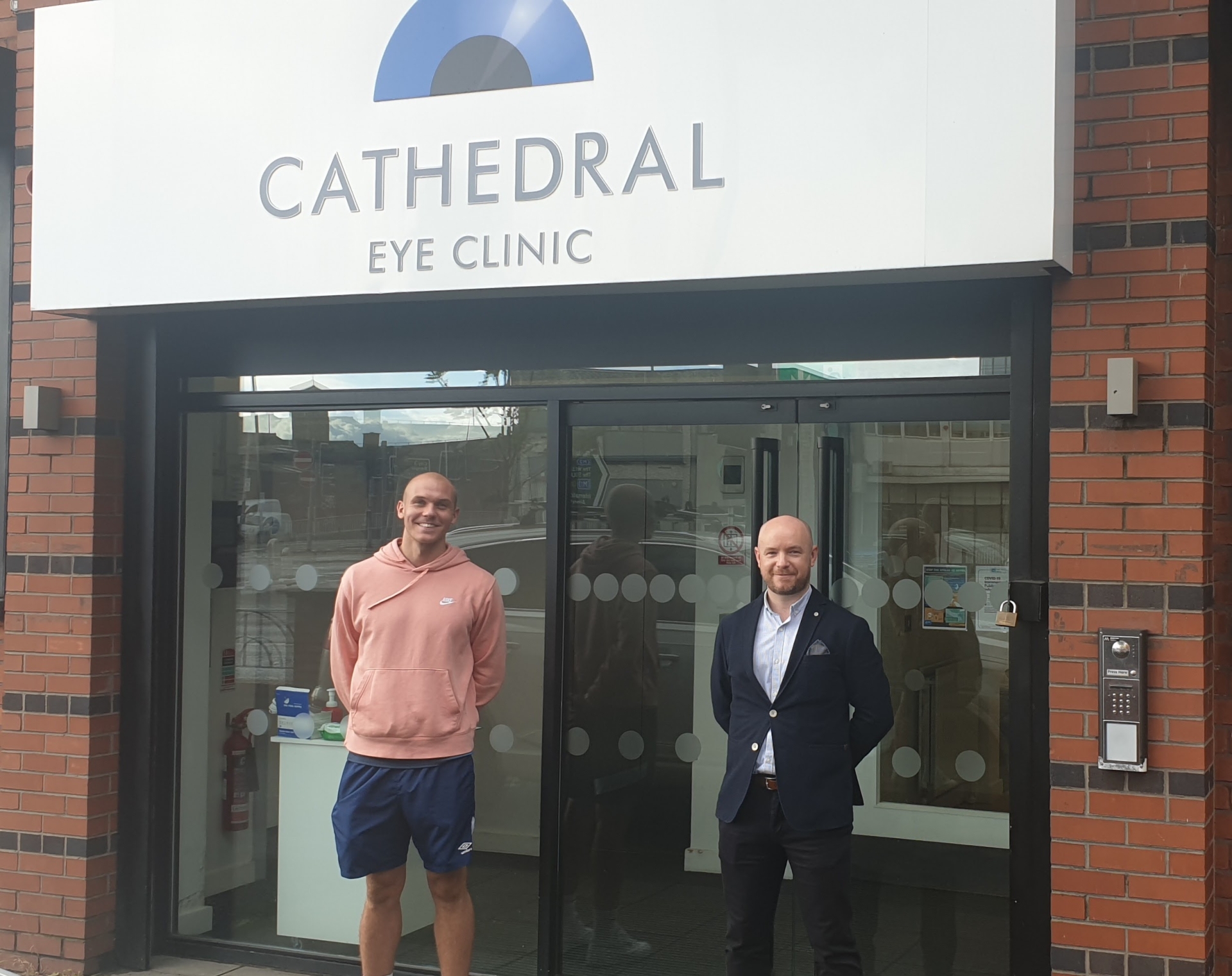 Georgie, who graduated from UCD with a degree in Commerce and is now doing a Masters in Renewable Energy and Finance, says he believes his new 20-20 vision is giving him a new edge with Bohemians.

He has scored 14 times for his club this season, including the winner from the penalty spot against Finn Harps on Monday last.

“It’s hard to measure or quantify in percentage terms but when you are playing at the highest level in the game, having lens-free eyesight is definitely an advantage, there is no doubt about that.

“It can be the difference between getting a goal and getting three points for your team or not, so that’s probably the best way to quantify it. Going to see the experts at the Cathedral Eye Clinic was the best decision I made.”

The rising star, who was linked with an Ireland call-up earlier in the summer, says he was ‘flattered’ by the attention but he’s keeping his feet on the ground.

“I am loving playing with Bohs this year. The club, the players, management, everything is so good here. Our European nights at the Aviva were very very special. The atmosphere in front of the fans was amazing,” he added.