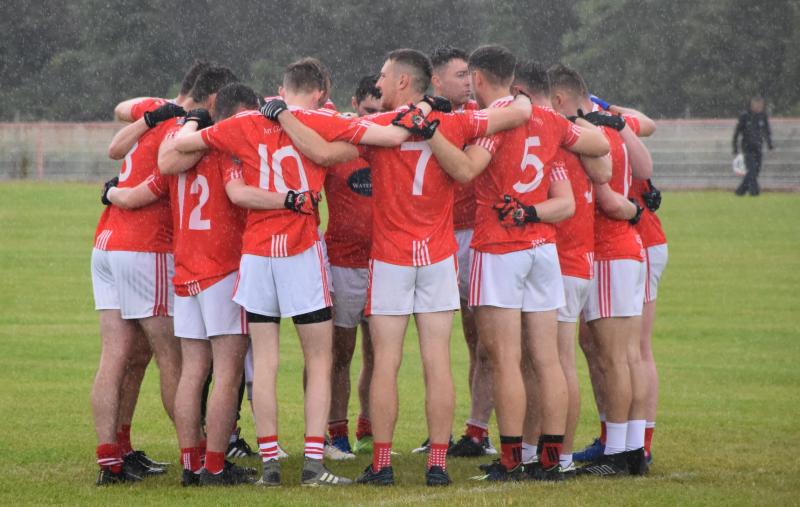 Dungloe maintained their winning run with a hard fought victory over a youthful Malin in Pairc Na Rossan this evening.

There were four points between the sides at the final whistle. But this was far from an easy victory for the locals who were playing their second game of the weekend.

They defeated Red Hughs by five points, 1-12 to 1-7 in the County Training Centre, in Convoy, on Friday night.
The sides were level 0-4 each at half-time with the Malin men taking the fight to the men from the Rosses.

Malin played with all the energy and intensity in the opening half and twice led the highly-fancied home team.
Daniel Sweeney, Matthew Ward and Danny Rodgers scored the first half Dungloe points, while Christopher McLaughlin, Josh Conlon and Conor O’Neill hit the Malin points.

Dungloe upped their game on the resumption and thanks to strikes from Daire Gallagher, Barry Curran and Danny Rodgers were 0-7 to 0-4 up the second water-break.

And the wasteful locals who hit 15 wides, 10 of them in the second period added two more points both from corner forward Oisin Bonner.

Malin, though they had a couple of chances, scored their only point of the second half two minutes from the end of normal time.

That is three wins from three games for Dungloe who are guaranteed a place in the last eight with a game still to play. They are away to Naomh Ultan in the next round.

This was a first defeat of the campaign following wins over Naomh Ultan away and Naomh Muire at home last weekend.
The Inishowen men play Red Hugh’s in Connolly Park in their last of the group games. The two wins may be enough to qualify for the quarter final.