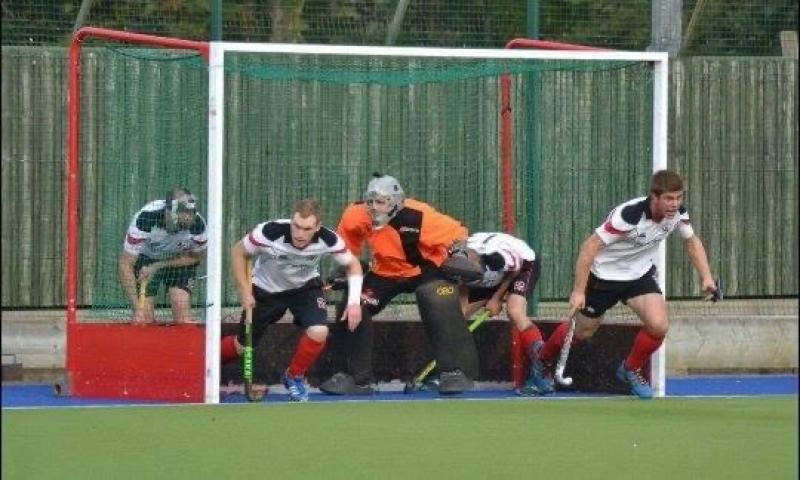 Raphoe Mens Hockey 1st XI hoped to continue their form from the previous week but although putting in a good performance, two missed penalties and two players sin-binned resulted in defeat to Belfast Harlequins.

Raphoe started the game missing talented forward Jordan Devenney through injury but welcomed back James Wilson for the first time this season.

The First quarter was very evenly contested, neither team testing the opposing keepers. An experienced Harlequins dealing with any attack Raphoe could throw at them. A few early, late challenges, set the tone for the rest of the game which was to end with several disciplinary cards shown to both teams.

Raphoe entered the second quarter, frustrated with not being in the lead and it was to get worse as Raphoe conceded three short corners in a row which finally ended in a goal for harlequins who took the lead through a rebounded effort.

Raphoe failed to respond and Harlequins finished the half a goal to the good. 0-1

All or nothing for Raphoe in the final quarter, an onslaught on Belfast Harlequins goal still brought no joy, each attack being cleared by the Harlequins rearguard.

Caine Johnston and Keith Meehan combined with an attempt on goal being which was blocked on the goal line illegally, resulting in a penalty for Raphoe, penalty was saved by Harlequins Keeper, several minutes later Raphoe found themselves awarded another penalty after skilful work from Jake Watt but yet again another save from the spot.

It got worse for Raphoe, when on the counter attack they lost possession and conceded a sloppy third goal, a generous result to an average Belfast Harlequins side.

Not to be for Raphoe as the 3-0 defeat leaves them with only three points from four games.

Next up is a difficult encounter with Newtownabbey side, Mossley, another challenging encounter in the Premier League.