Bonner getting closer to finalising his Donegal backroom team 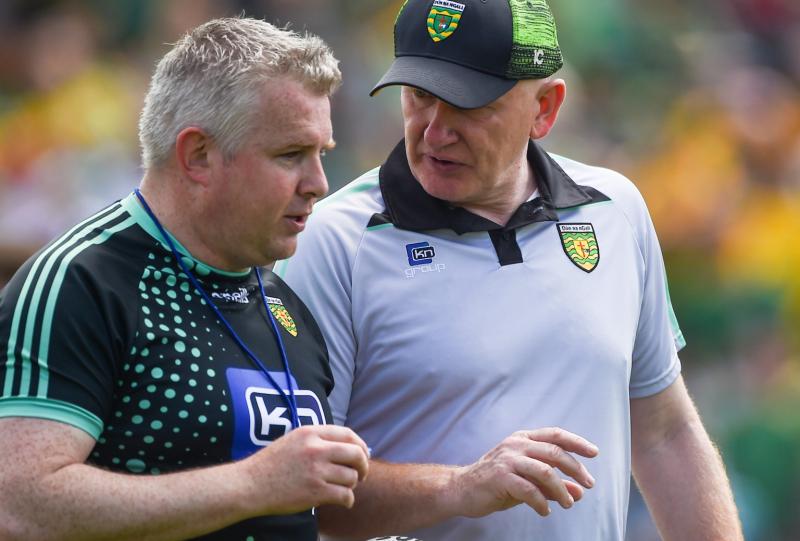 Donegal football manager Declan Bonner is edging closer to finalising his management team for next season Donegal Live has learned.

The Donegal boss was appointed to the top job for another two seasons at the end of August.

Donegal’s Ulster semi-final defeat to Tyrone in Enniskillen back in July brought an end to the Na Rossa clubman’s four years in the job. He had initially been given a three-year term and it was extended by year at the end of 2020.

The departure of team mentor Paul McGonagle, strength and conditioning coach Antoin McFadden and team statistician Nathan McElwaine means there are going to be changes to the backroom team.

The much sought-after St Michael’s clubman McFadden has moved to Dublin to further his education and Termon clubman McElwaine has emigrated to London.

It is understood former Mayo manager Stephen Rochford is back on board for another season.

Rochford managed his native Mayo to back to back All-Ireland finals in 2016 and 2017 and then joined the Donegal backroom team at the end of 2017 initially working alongside Karl Lacey in a coaching role.

But following the departure of the former Footballer of the Year and four time All-Star Lacey, Rochford took over the role of head coach.

He is very popular with  the Donegal players and it is understood they were very anxious that he would be back on board again next season.

It is understood Bonner has trawled the county over since his reappointment to seek out replacements for the departed members and to freshen up his management.

Donegal Live has learned that  Bonner has been in discussion with a highly qualified strength and conditioning coach and appointment is expected in a matter of days.

This will clear the way for the Donegal boss to unveil his newlook management team in the next week or so.