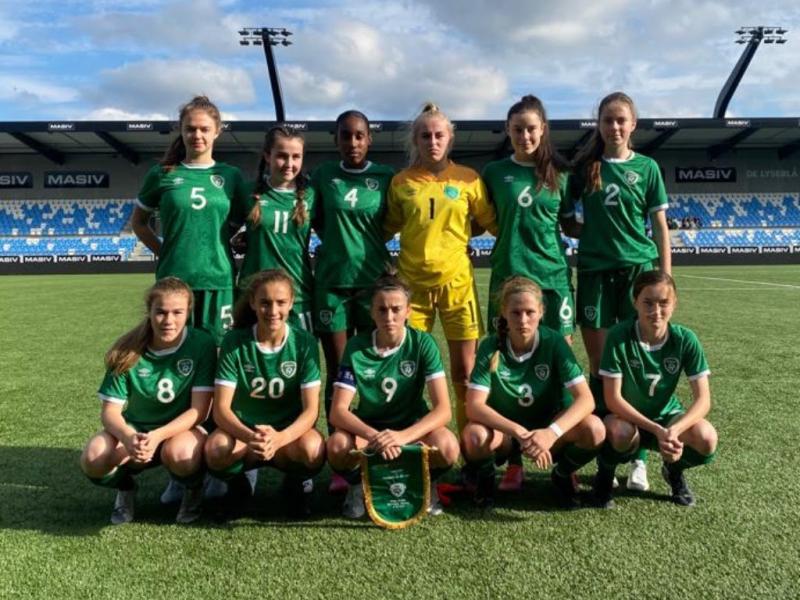 The Irish team who took on Hungary yesterday

Jodie Loughrey was on the mark for the Republic of Ireland Under-17’s in a 3-1 win against Hungary while her sister Keri, and Ellie Long also played on a proud day for Donegal.

The Loughrey sisters are formerly of Buncrana Hearts and now playing with the Donegal Women’s League Under-17s and Long is on the books of Sion Swifts and from Carndonagh.

This was the first of three UEFA Women's Under-17 European Championship Round 1 games for James Scott's squad and they wasted little time in settling into it.

From the first corner of the game, the ball bounced inside the penalty area and captain Abbie Larkin was quickest to react when she fired in after just three minutes of play.

Any pre-match nerves were instantly eased as Ireland started to control the rhythm of the game with their neat passing, clever movement and discipline in maintaining their team shape.

Hungary attempted to pull a goal back and almost did on 16 minutes when Napsugar Sinka found herself in a fantastic position to score but Ireland goalkeeper Summer Lawless rushed off her line, stood tall and made a vital save.

At the other end of the pitch, Scott's team looked dangerous and got their second goal on 23 minutes. A cross into the penalty area picked out Larkin who instantly laid it off to Jodie Loughrey to curl in a sweet finish on her Under-17 debut.

Ireland played with a maturity in the second period as they didn't force any plays and waited for openings rather than taking risks. It ensured that Hungary were chasing the game throughout.

Then Larkin capped off a fine individual display with her second of the game. A long pass forward landed perfectly for the Shelbourne ace who turned inside her marker before finishing with her left foot.

Now in full flow, Ireland freshened up their ranks and that allowed other players to shine, such as Joy Ralph who rattled the woodwork on 79 minutes.

Hungary did pull one back in the 90th minute following a nice finish from Adelina Molnar, but it came far too late to inspire any sort of comeback. This game belonged to Ireland.

Next up is a clash with Bulgaria on Tuesday afternoon before finishing against Norway on Friday. 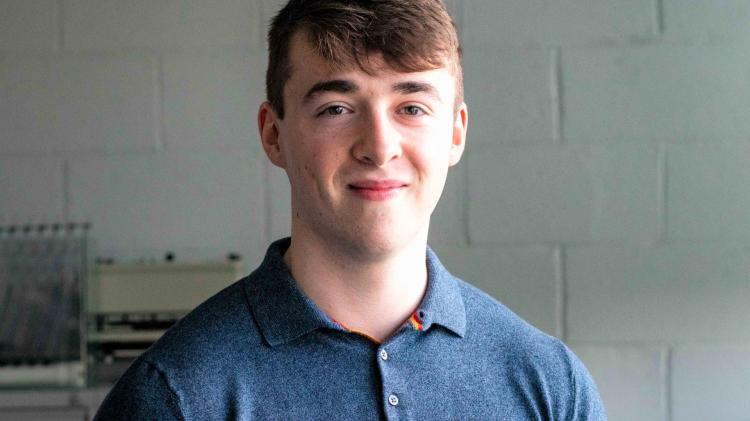