Programmes examine changes in the community through the prism of local transport company, Bus Feda 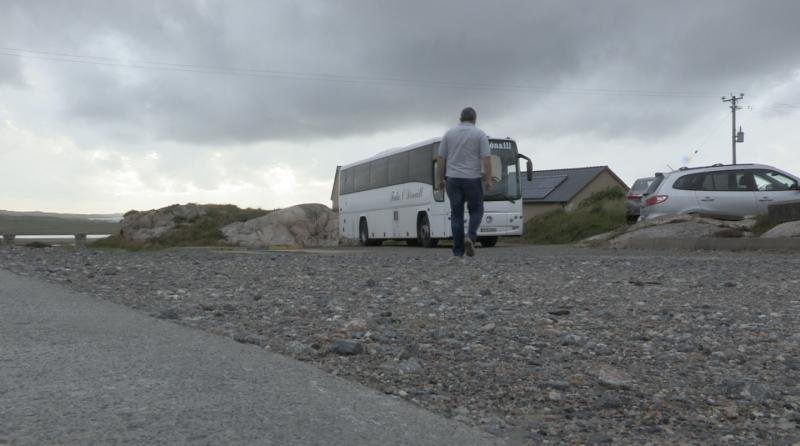 Brian Feda Ó Domhnaill among those to feature in the programmes.

Rann na Feirste in north-west Donegal is arguably the strongest Gaeltacht area in Ulster. Known for its rich ancient culture, language and song, and for the beauty of its rugged landscape, it’s also a place of flux and change where old traditions, beliefs and ways of looking at the world are increasingly at odds with the demands of modern life.

BBC Gaeilge’s two-part observational documentary series, Rothaí Móra an tSaoil (BBC Two Northern Ireland, Sunday 11 March, 10.20pm and Monday 12 March, 11.15pm), explores some of the changes happening in the community through the prism of local transport company, Bus Feda, and through the eyes and experiences of some of its passengers as they travel from their Gaeltacht homes to various destinations.

Company director, Brian Feda Ó Domhnaill, also features in the two programmes. His father and mother set up the business almost 50 years ago and now he is the one ‘behind the wheel’.

Brian, who is married to Australian-born Nicole, is dad to three small children and as well as running the bus company, he also manages the local youth football team. 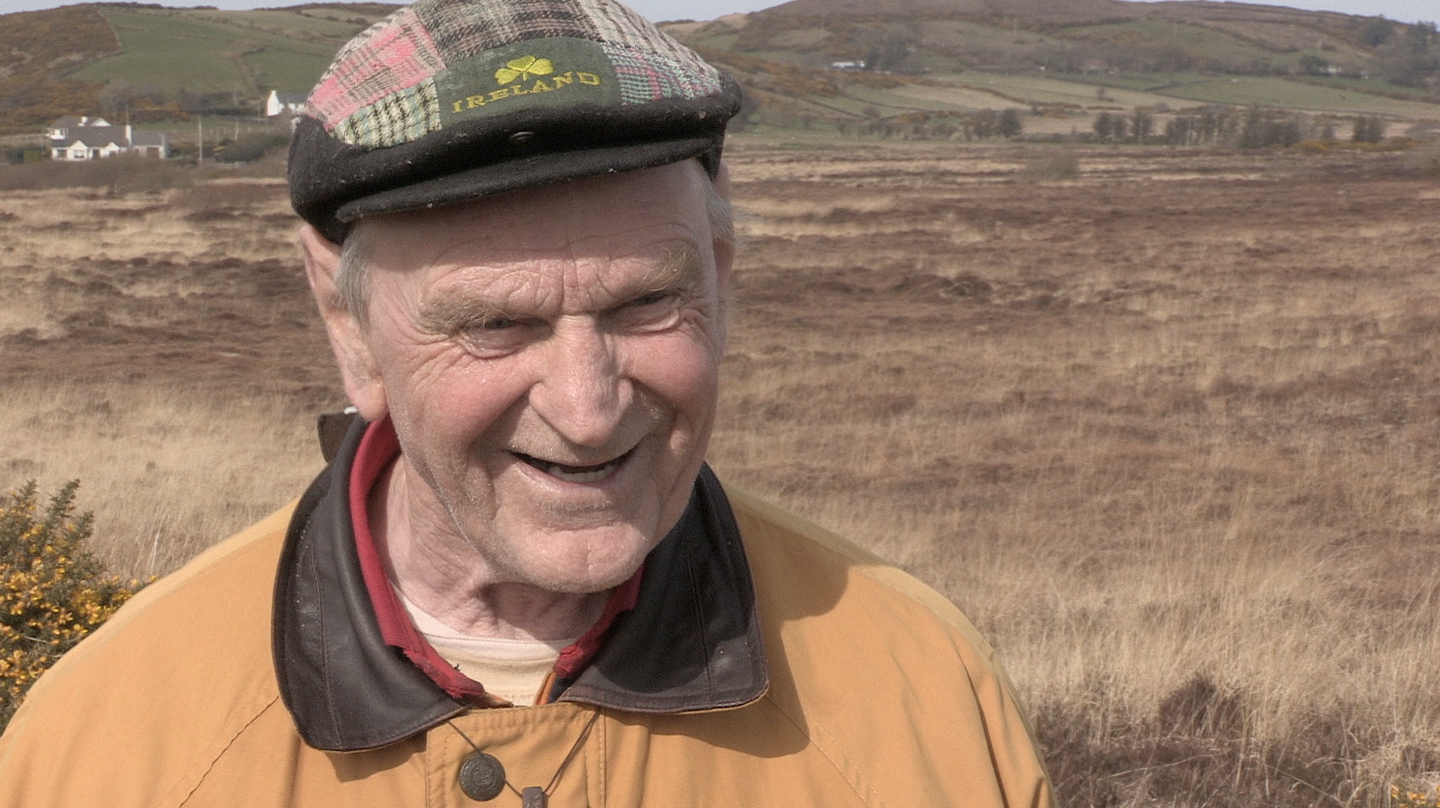 In programme one we meet Myles Ó Gallchóir (pictured), a man in his 80s who lives in the village of Gortahork. He is a devout Catholic – so devout that he travels on the bus every week for more than three hours to spend the day praying at the Marian Shrine in Knock, Co Mayo, before travelling home again. 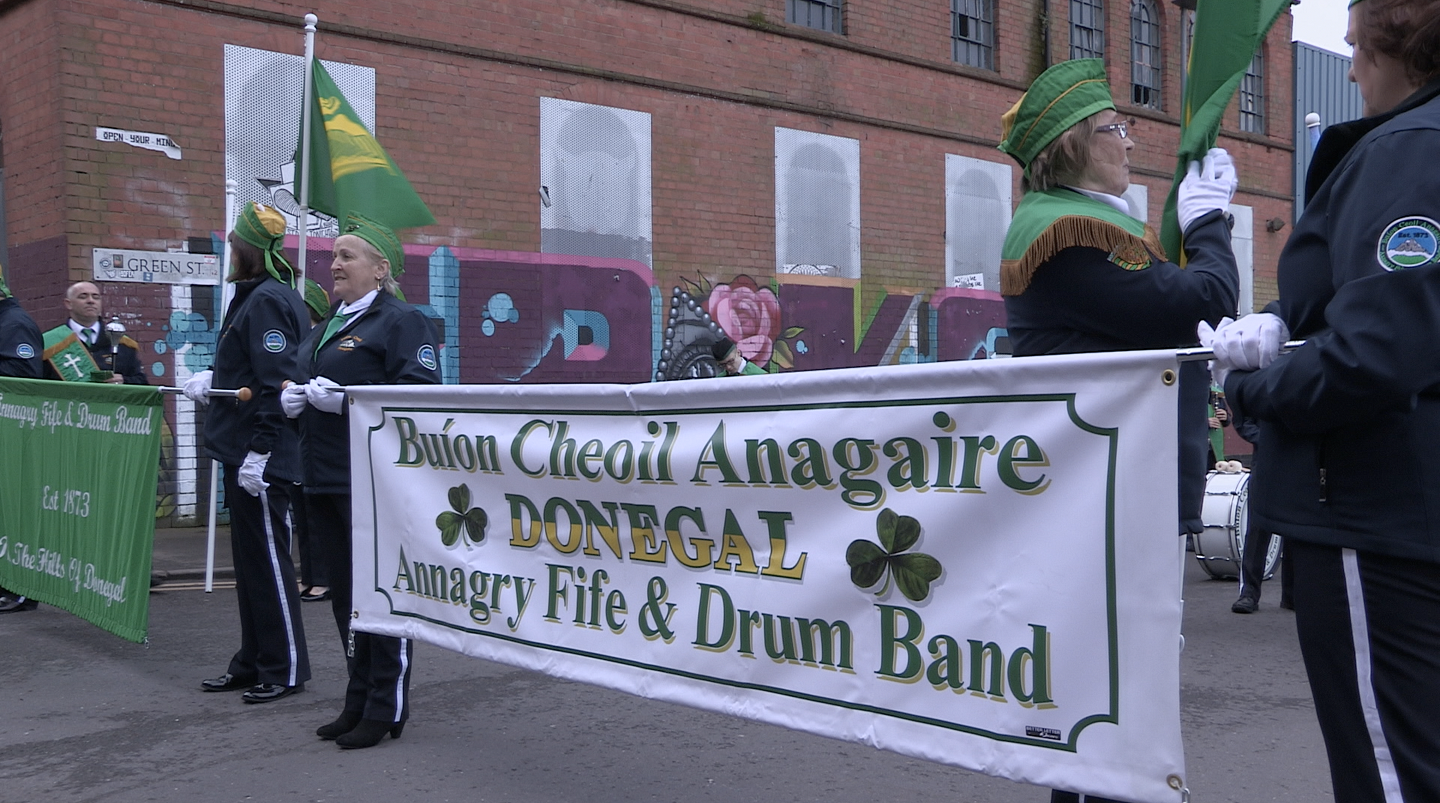 The programme also follows the village of Anagary’s marching band (pictured) who travel by bus to play at the 2017 St Patrick’s Day Parade in Birmingham. As well as being guests of honour at the parade, band members meet relatives and friends who emigrated to England from the 1940s on, and who play a large part in the Birmingham’s Irish community today.

The Donegal Gaeltacht has always had strong links with Scotland; the last century has seen generations of seasonal migration and later emigration.

In episode two, we meet former miner, John ‘Gonna’ Ó Dónaill, who worked building tunnels for hydro-electric power stations in the Scottish Highlands during the 1950s.

He worked hard and sent his wages back home to Donegal before eventually moving back to Rann na Feirste to raise his family.

John travels by bus back to the tunnels and remembers how long and hard the journey used to be.

We also meet four teenagers from Co Tyrone, who travel to the Gaeltacht village of Loch an Iúir for a three week summer course. Here, as well as learning the Irish language, they make friendships that may well last a lifetime.

Director Antaine Ó Donnaile said:  “This programme was a delight to make. When you are on a bus you get a real opportunity to talk to people and get to know them and I hope the audience will enjoy the company of these wonderful people.

“While the landscape and the views of Donegal are beautiful, the people and their language are what really make the place.”