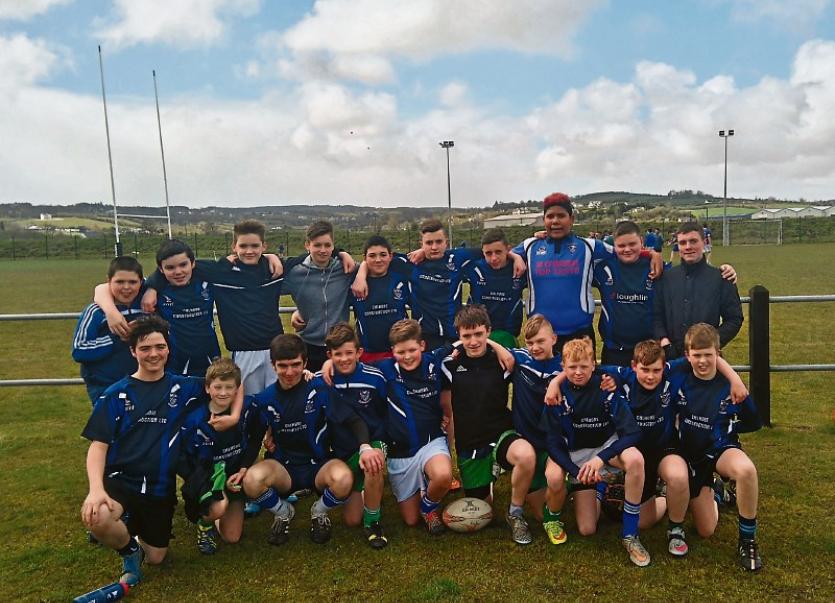 The entire school community would like to extend our deepest sympathies to Ms Yolanda Gallagher and her family on the death of her mother, Mary.

Congrats to our Under 14 Boys Rugby team who were victorious in 3 out of 4 matches at the Rugby Blitz on April 26th. Their success has earned them their place in the county finals! Well done also to coaches Mr Shane Drummond and Mr Shane Toolan; their continued commitment to the team is appreciated.

Congratulations to Jack Scott, Una Britton and Niall McCarthy who have been selected for the Irish Surf Team. This is a huge achievement and we are very proud of their achievements. Regardless of sport the opportunity to represent your country on the international stage is a great honour.

Each year the Irish Surfing Association selects national teams comprising of our top surfers from the island of Ireland to represent us at international surfing competitions. The selection process for teams is outlined annually prior to the start of the contest calendar.

The next targeted event for the Irish Surf Team is Eurosurf ’17 scheduled for Norway.

Well done to all the staff who cycled from Ballyshannon to Ballina last Saturday, a distance of 105 kilometres. We are very proud of your valiant efforts. Thank you to Mr Hugh McGlynn who organised the event. We would like to wish Ms Emma McKinley every good wish as she continues her preparation to cycle from Milan to Mizen during the summer hoping to raise funds for the RNLI.

Good luck to the Transition Years who leave for their action packed tour to Berlin in Germany. We would like to thank all of the staff who will travel with and how have organised the trip affording the students this opportunity, especially to Ms Fiona Khuel, Transition Year Year Head who organised and went on the trip with Mr Michael Doherty.

Well done to the Transition Years have completed their Saint Vincent De Paul Project; they will present in absentia this Thursday in Sligo Park Hotel last Thursday. Thank you also to Mrs Pauline Kilfeather and Ms Gardiner who co-ordinated the projects.

Our Students in Transition Year complete the Award every year through their Religion Classes with the constant support of our chaplain Ms Pauline Kilfeather and the religion department.

Well done to all involved and thank you to Ms Kilfeather for her constant support and guidance which is a keystone of much of our work here in Coláiste Cholmcille.