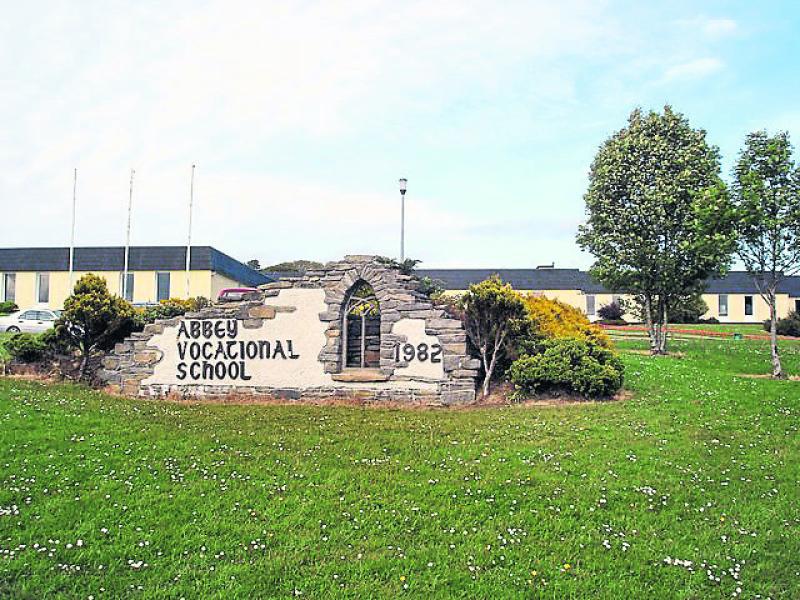 School service
The school held a whole school service on the morning of Thursday 20th and the entire school body attended. We would like to sincerely thank Fr. O’ Donnell, Reverent Huss and Reverent Richmond, who delivered an uplifting service on the day. In addition, we would like to thank the Music and the Religious Education Department for their organisation of the school choir and the service itself. All staff members involved put a lot of work into the service; the event flowed effortlessly as a result of their dedication. A big thank you is due to the students who participated in the service: the students in the choir, who sang moving hymns, those who played music for the congregation, students who read prayers and those who were involved in bringing up the gifts. Overall, it was a beautiful service, one which the whole school enjoyed.

School website and video
We encourage all of our parents and students to look to the website regularly for school updates and information. Website - Avsdonegal.com. Video = https://m.youtube.com/watch?feature=youtu.be&v=3dXkmWYQoqg.

Mentoring programme
On Wednesday, 19th September, the Junior Perfects and a selection of TY students took part in a Big Brother Big Sister mentoring programme. This programme is an internationally recognised Youth Mentoring Programme that forms supportive friendships for young people inspiring them to brighter futures. Big Brother Big Sister is nationally and internationally proven through research to improve young people’s well-being, improve their social support and relationships with others. BBBS is operated in Ireland by Foróige. We would like to thank Foróige for their continued input into our school.

Internet safety
During this week Kerry Gallagher from Foróige will complete the delivery of workshops on internet safety to first-year students. During this workshop students learn the basic knowledge and skills to help them keep control of their safety and security while online and consider how they can interact in a responsible way online. This workshop also focuses on advanced skills for internet and social media use and allow students to explore how to build a profile and presence online which is true to who they are.

Gaeilge
On Monday 17th, third-year Irish students travelled to Dunlewey to the Lakeside Centre. Students experienced the Irish culture and the language throughout the course of the day. They also participated in various activities over the course of the day such as a boat trip, weaving, kayaking and a crazy rodeo bull. All activities were conducted through the medium of Irish to improve and foster their understanding of the Gaeilge language.
The Irish Department are running “Club na Gaeilge” every Thursday at lunchtime in the school. This club gives students the opportunity to play games, participate in quizzes, play bingo, ceilí dancing and participate in various other activities through Irish.

Music
Music rehearsals are ongoing in school since September. The students did a full run through of the production ‘Hairspray’ on Monday afternoon. Rehearsals also take place during TY Activities on Thursday afternoons. There will be another full rehearsal on Saturday 29th from 10am until 2pm.

Information evening for parents of Leaving Cert students
The CAO information evening for Leaving Certificate students was held on Tuesday 18th. A talk was given on the CAO application process, the points system and how to gain entry into third-level education. In addition, parents were given information about the system UCAS to gain entry into a third-level establishment in the UK. Information is available to students on Google Classroom about the CAO application system and online at www.CAO.ie.

DCU Talk
A spokesperson from DCU delivered an information session to Leaving Certificate students on Monday 17th. Students were given general information about DCU and the courses available to them.

Sligo I.T.
Leaving Certificate students were invited to Sligo I.T. on Thursday 20th for their annual Open Day. Students learned about the courses available in the I.T., viewed stands from various courses there on the day, listened to demonstrations from various lecturers, and had a guided tour of the campus. In addition, they were given some helpful tips on career options and student accommodation in Sligo.

TY
‘Aisling’ the musical trip
The TYs, on Tuesday 18th, went to see the wonderful production of ‘Aisling’ live on stage in the Hawk’s Well Theatre in Sligo town. Students were treated to the magnificent performance of ‘Aisling’, a heroic story of Ireland’s past during famine times and about how a young couple in love, Dan and Sínead, overcame all their troubles to end up together. The lively tunes and dramatic storyline kept every student entertained until the very end.

Enterprise trip
Ten Transition Year students attended an ETB Enterprise day in the LYIT. Jenni Timoney kicked off the day by informing students of her enterprise journey. Students then listened to a talk from Pramerica’s Gerard Grant. During the trip students brainstormed product ideas, learned how to work together as a group and were mentored by Marcus McClintock and Paul Lynch (a past pupil and LYIT student). The group developed an excellent prototype called ‘Anti-Charge’ which was a phone case with a built-in kinetic charger that charged your phone as you walked due to motion sensors. The group compiled a presentation which they put forward in front of two business people in a Dragons' Den-style scenario which took place in the CoLab. Mary Crawford and John Breslin were the Dragons our group were faced with. Finally, students listened to a talk from the creator of ‘Lottie Doll’, Ian Harkin, and they took part in a group game which was organised by Gartan Activity Centre. Overall, this was a very beneficial day as students learned many elements surrounding enterprise.

LCA
A group of LCA students visited Bundoran cinema last week to view a showing of ‘Young Offenders’. ‘The Young Offenders follows the cross-county journey of two teenage scoundrels, Conor and Jock, as they hatch a plan to escape their troubled family lives’ – Entertainment.ie. The students felt it was an outstanding educational trip whilst being enjoyable at the same time.

Sport
Senior Boys Gaelic
The Senior Boys Gaelic team played Rosses Community School Dungloe in Tir Chonaill Park on Tuesday 18th. The AVS boys put in a great performance leading to a great victory for them. The final score was 5-16 to 2-04. They will be playing Glenties Comprehensive on Thursday 27th.
Boys U 16 Gaelic
The U-16 Boy's Gaelic team had a convincing victory over Rosses on Friday 21st in Tir Chonaill Park on a score line of 5-23 to 0-06. The victory means the AVS finish top of their group. They will compete in the knock-out stages of the McArthur Cup in Ulster after the mid-term break.
U 14 Boys Gaelic
U14 Boys won a tight battle away against Rosses Community School Dungloe. This victory gets them out of their section and into Ulster play offs. We play CC Ballyshannon on Wednesday.

Senior Girls Gaelic
Senior Girls played Glenties Comprehensive on Tuesday 20th October. It was a slow starting game with Glenties eventually taking the lead. A point from Layla Alvey and a goal from Eabha Reid put the AVS girls back into the game! An early penalty from Fiona Shovlin pushed AVS into the lead. However, Glenties fought back scoring two goals and five points putting them into the lead at half time, at 2-6 to 2-2. The second half started strong once again for Glenties scoring two early goals and an early point. This was followed by a further goal and three points. AVS unfortunately, couldn’t fight back hard enough with only scoring 2 points. The game went in Glenties favour.

Boys Basketball
The school would like to congratulate Shane Meehan and Ryan Coughlan who have selected to play on the North West Basketball team. This is a huge achievement. We would like to wish the boys good luck this weekend in the Irish Schools Inter-Regional Tournament.

Rugby
The U16’s Boys Rugby team played away to Ballyshannon on October 20th and came away with a great victory of 36-5. A great performance was given by the team. Brian Fegan and Ciaran Mc Grory scored excellent tries. Victorjoe Mitchell and Daniel Gallagher scored two tries each pushing AVS further on in the game. Victorjoe, Daniel and Brian also scored one conversion each for the team.

Soccer
1st year soccer training is taking place every Wednesday. There will be a competition after the mid-term break.

Golf
On Thursday the Schools’ Golf Team competed in the second round of this year's championship in Dunfanaghy. On a lovely autumn day they managed a very credible score of 170pts and we're just pipped into 2nd place by St Columba’s on count back. Top scorer for Abbey was Conor McGoldrick with 35pts. Jamie Crawford’s score of 33pts was an excellent return on his first outing for the school. Abbey will be hoping to secure their place in the final after the third round against a very tough opposition in St Columba’s and Gweedore.