The value in helping others 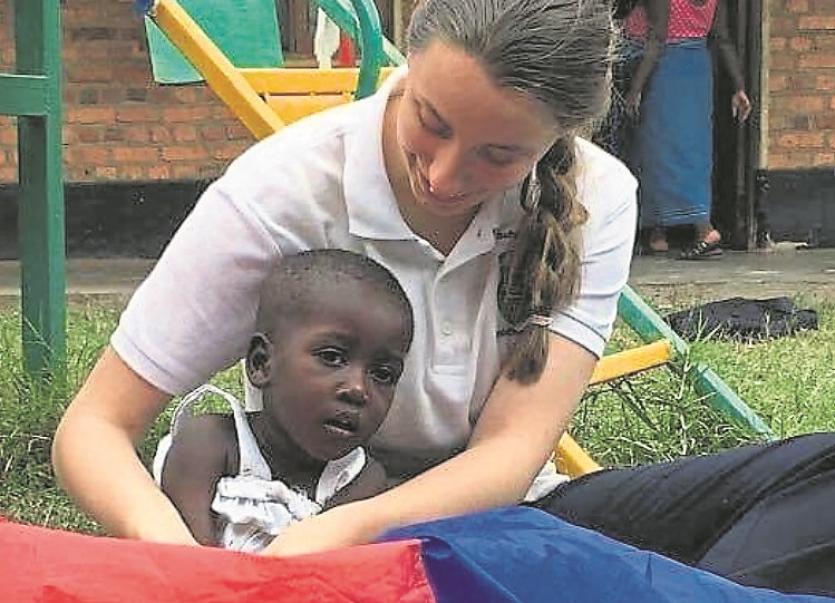 One thing I’ve learned from working with the NCCWN-Donegal Women’s Network is that there is value in helping others, be that spending an hour lending your ear to someone’s story, or spending a month helping to improve someone’s health. Time spent on others is never time wasted.

Recently I met with Danielle Doherty, a graduate of physiotherapy from UCD, who proved that I’m not alone in that thought.

In the summer of 2016, Danielle spent a month volunteering in Uganda at a local hospital, in an area stricken by poverty. The village was nestled in a valley, with a church at its heart. Most of the families there lived in the surrounding hills and harvested all their own food, with very little meat in circulation as it was preserved for celebrations. The hospital itself was wrapped around the church, acting as the only building with electricity, even though it tended to cut out every couple of days. Because of this the hospital did not contain a single life support machine and had only one ventilator. A far cry from what we have in here at home.

One of the things Danielle was most surprised about was the people’s faith in witch doctors. People in the area would be more inclined to go to a witch doctor than a regular hospital, simply because that’s what they’re used to. If you imagine walking into a hospital for the first time ever, it would most definitely be terrifying - white walls, people in strange outfits and all the strange machinery. Danielle describes some of the treatments provided by witch doctors - “one thing they would do, if someone had a chest infection, would be to pull out their teeth”, another way to cleanse the blood would be to give them small burns “the size of cigarette burns”, and run herbs into them. Although she was shocked at the strange treatments, she explains that it’s just their belief, and you have to respect that.

After spending the first two weeks in the wards, Danielle spent the following two weeks working with a select group of children who had cerebral palsy and their parents in a summer camp. Cerebral palsy is a term used to describe a set of neurological conditions that affect movement. It happens when there is a lack of oxygen in the brain at birth, meaning that the children are slower or may not even reach certain developmental stages.

Some of the children she describes can’t walk, stand or even hold their head up without assistance. The summer camp’s aim was to help the children build up the strength so they can progress to the next developmental stage, providing them with exercises and programmes specific to their condition.

A major part of the summer camp was helping the parents understand the condition, why it happened, and how to deal with the child when the camp finishes. One specific lesson Danielle had to give was explaining to the families why this happened. Not only do the people believe in witch doctor, they also believe in the ability for others to curse them. One woman in particular believed that she had been cursed by her husband’s previous wife, which resulted in her child being affected by cerebral palsy. One of the hardest things, Danielle explains, was respecting their beliefs while also educating them to the fact that this wasn’t their fault.

What made it all worthwhile for her was when, at the end of the two-week summer camp, a mother came to thank her, and told her that she was going to share the information she learned with another mother who also had a child with cerebral palsy. The help she gave in that short period of time to a small group of people would be remembered and shared with the rest of community and hopefully help many families.

That, my friends, is why you should volunteer; because at the end of the day no one can help everyone, but everyone can help someone, and who knows how far that help will go.