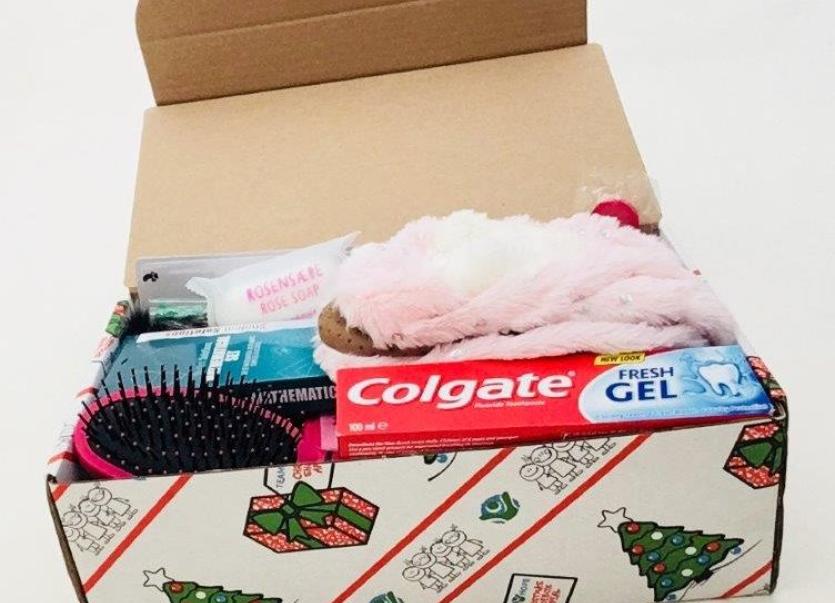 Last week a total of 2,967 specially gift wrapped Christmas shoeboxes were loaded on a Romanian bound truck in Manorhamilton.

A massive effort over the past few months by Team Hope North Leitrim members and its supporters went in to getting this cargo of generosity ready for less well off Romanian children.

Team Hope North Leitrim acknowledges that they have received tremendous support for the Romanian project from many people in the countywide Leitrim community including schools, businesses, etc.

Commenting on the success of their Romanian project a Team Hope North Leitrim spokesperson said it “wishes to thank all the volunteers, groups, schools and businesses for their support over the last three weeks; those that contributed in the sorting centre; those that donated financially and with gifts of fillers and shoeboxes.

“Thanks is expressed to the transition year students from St. Clare’s Comprehensive School and Lough Allen College who visited the Centre to sort shoeboxes and assisted with the loading of the boxes onto the truck last Thursday.”