Listen: Caolan Ward of St Eunan's delighted to go with the flow 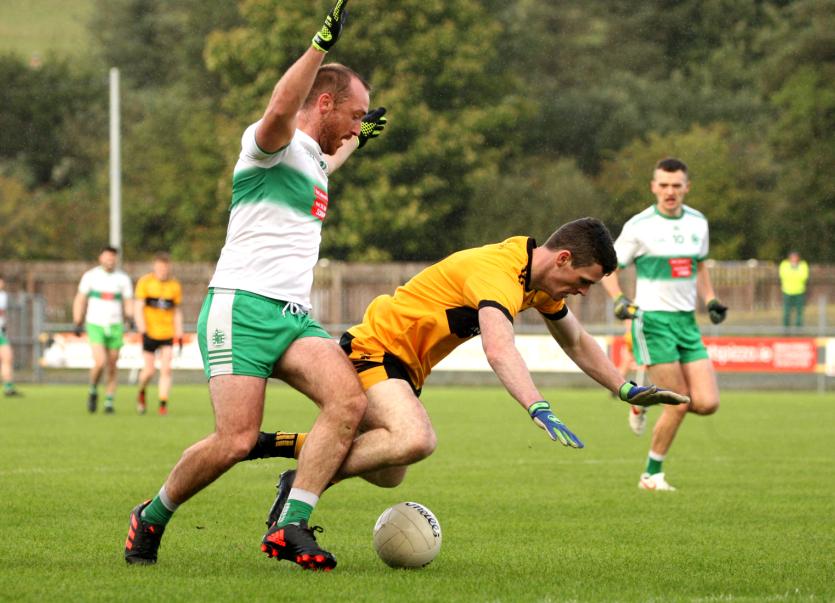 Caolan Ward admits he loves this time of year, when the championship gets into full swing.

After plenty of uncertainty over the last 18 months and a muted competition last year, Ward’s St Eunan’s team put in a good second half showing to beat Aodh Ruadh 2-14 to 0-7 in Letterkenny.

The Ballyshannon side were right in it at the break, 0-6 to 0-5 down, only for Rory Kavanagh’s troops to post their second win from three and leave them within touching distance of a last eight spot.

“I love games every weekend and it’s nice to have that focus,” Ward said. “Bring it on and there’s the unknown of who you are going to play week on week. It’s good to have games, good to have crowds back. We’re happy enough.

We knew with the weather conditions with us kicking into the wind in the first half it was just a matter of being in the game at half-time.

“We felt that when we had the wind then the game would open up a bit more for us and we might get a run. When the opportunity presented itself it was a wee bit clever for the forwards then. We kinda penned them in then in the second half. We are glad to get the two points.

“We knew after the Kilcar game we had three other games to get points from Termon and now Aodh Ruadh. We still need to get a result in Bundoran next week.”