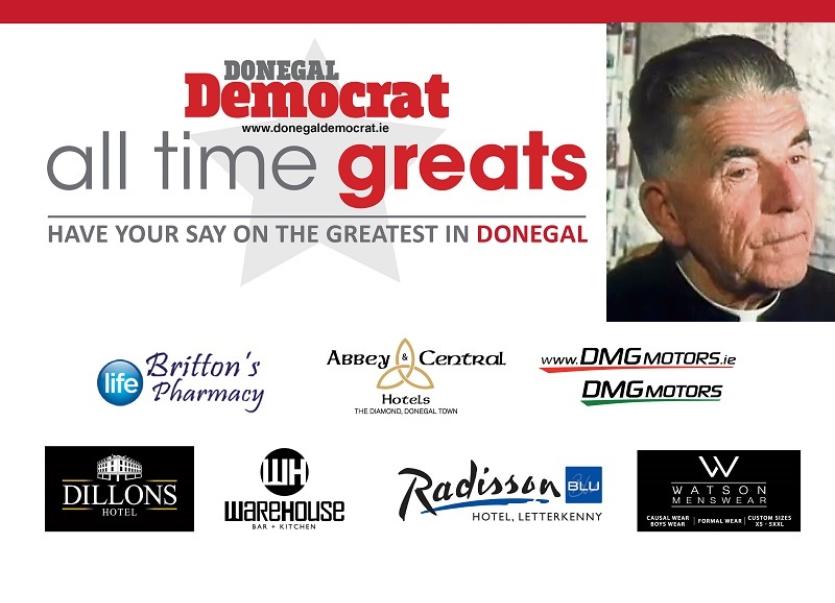 Born in Glenties in 1951 Fr. James McDyer was appointed to Glencolmcille in the West Donegal Gaeltacht.
While there he became actively involved with the local community in efforts to stem the scourge of emigration from that area.
A champion of the marginalised, Fr McDyer instigated many innovative projects in Glencolmcille. As Chairman of the Parish Council he identified ‘five curses’ of his community – bad roads, no electricity, no piped water, no jobs, and a lack of social activity.
He was, since his passing, described as “ahead of his time” bringing hope and renewal to this community. He spearheaded a host of projects which led to the revitalisation of Glencolmcille, a radical thinker, he was a brilliant leader.