MARKSMAN: How the Donegal players fared against Fermanagh in Enniskillen 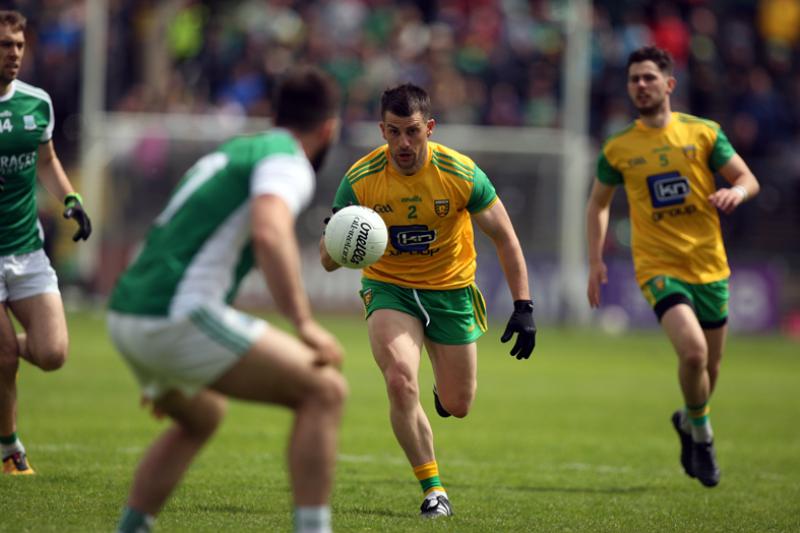 On a good day for Donegal, this is the Marksman player ratings for Donegal after their win over Fermanagh.

SHAUN PATTON: A very workmanlike performance from Patton. Dealt with anything that came his way; saved a point from Barry Mulrone and did well to block late Fermanagh goal chance. 7.5

PADDY MCGRATH: Donegal's man of the match in the first half. The Ardara man took the fight to Fermanagh and caused them many problems. Picked up a yellow card which left him on shaky ground. Got a great reception when replaced. 8

NEIL MCGEE: Nothing spectacular but McGee was strong and had the middle sealed off from the start. 7

STEPHEN MCMENAMIN: Really establishing himself as a Donegal player. Was commanding all over the field and can be really happy with his performance. 7.5

DÁIRE Ó BAOILL: Was at the fulcrum of many attacks in the opening half and got on a lot of ball. Not everything came off for him but he will be happy with the outing. 6.5

LEO MCLOONE: Put in a very strong first half and scored the point that put Donegal two up in the first half. Was a commanding figure until replaced. 7

EOGHAN BÁN GALLAGHER: The Killybegs flier was prepared to take on the Fermanagh defence at every opportunity. A good overall outing for the half-back. 7

HUGH MCFADDEN: As usual put in a very big shift. Was prepared to work all over the field and was always available to take a pass and keep movements going. 7.5

JASON MCGEE: A big display from the big Cloughaneely man. Hit a very good point in the opening half and was unlucky not to repeat the act a minute later. 7

CIARAN THOMPSON: Worked really hard and took some big hits. Got a good second half point and will be happy with his display. 7

MICHAEL MURPHY: Played a captain's part once more. Apart from hitting two great long range points, was involved in the play all over the field. Remains Donegal's big player. 8

RYAN MCHUGH: Might not have scored, but McHugh worked really hard all over the field. Even though carrying a knock got back to take the ball off the line late on and also made another big interception in the first half. 7.5

JAMIE BRENNAN: His point taking was spectacular; really efficient and needing little space. Deservedly got man of the match for his contribution. 8.5

MICHAEL LANGAN: In a very close, tough encounter Langan again showed his skills and also added a good point in the second half. Had a few wides in the opening half but was not afraid to take on his shots. 7

PATRICK MCBREARTY: How important it is to have the Kilcar man back. Missed his first two efforts and got some reminders from his marker. But he made Fermanagh pay in the second half with some great points. 8

FRANK MCGLYNN: It is obviously the plan to have the Glenfin man on the field for the second half and he proved his worth with another flawless display. 7.5

NIALL O'DONNELL: On for the final 20 minutes, O'Donnell played his part, getting on lots of ball and setting up one point. 7