THE ARTS COLUMN: One of the fast-rising stars of Irish comedy returns to Donegal 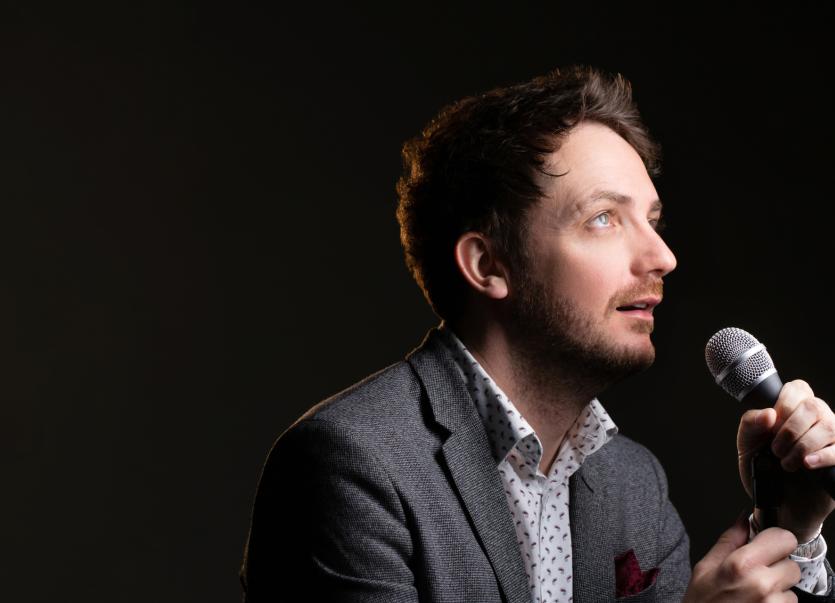 Danny O'Brien is bringing his show Reformer to The Balor, Ballybofey this Friday, March 6

Willy Russell’s much loved musical Blood Brothers is mid-run at The Millennium Forum Derry. It’s there nightly until Saturday. Similarly, Elvis themed musical All Shook Up runs nightly at The Abbey Centre Ballyshannon also til Saturday.

Comedian Danny O Brien brings his new stand up show Reformer to The Balor, Ballybofey on Friday, March 6, while there’s drama in The Playhouse, Derry with The Emigrant Woman’s Tale.

Paddy Cullivan’s 10 Dark Secrets Of 1798 is at The Playhouse, Derry on Saturday 7. Also on Saturday Irish National Opera visit An Grianán Theatre, Letterkenny with Hansel and Gretel while Encore Performing Arts present Leading Ladies in The Alley, Strabane.

It’s based on the hit 60’s US sit-com (which itself was based on Charles Addams cartoons which first appeared in the New Yorker magazine in the ‘30’s) and subsequent film it follows the creepy coming and goings in the fictional monstrous household headed by Morticia and Gomez Addams.

The musical is a stand alone story featuring the characters we’re all familiar with – Gomez and Morticia are joined by their children Wednesday and Pugsley, Gomez’s brother Uncle Fester, Grandma and Lurch the Butler along with over 30 dead ancestors who also happen to be knocking about their gothic pile Central Park pile.

There’s a slight Guess Who’s Coming To Dinner vibe about the plot. Wednesday is falling in love and, horror of horrors, her beau is normal. Lucas is a college boy from Ohio, who is bringing his parents to meet his new love’s family. What could possibly go wrong? Quite a lot I’m guessing. The show follows Wednesday and Lucas’s attempts to have one normal night as two completely different families come together for a dinner party like no other.

Letterkenny Musical Society present The Addams Family from Tuesday, March 10 to Saturday, March 14 at 8pm nightly with a matinee show at 2.30pm on Saturday afternoon. Tickets for the Tuesday, Wednesday and Thursday shows are €20 (€18 concession), all tickets are €20 on Friday and Saturday nights with tickets for the Saturday matinee costing €15. There’s also a booking fee of €1 per ticket. Tickets are available from An Grianan on 0749120777 or online at www.angrianan.com

One of the fast-rising stars of Irish comedy Danny O'Brien comes to The Balor, Ballybofey next Friday, March 6, with his new show Reformer.

Danny made his Donegal debut at The Balor last year and Letterkenny comedy fans may also be familiar with him from his opening slot before Dermot and Dave at An Grianán a couple of months ago.

Reformer was put together when Danny had a little too much time on his hands following what he describes as a near career-threatening knee injury. Too young for pilates and too unbalanced for yoga, it’s a hilarious account of self-destruction and self-discovery as a stand-up comedian realises that he may no longer be able to stand up.

Reformer proved a huge success at The Edinburgh Fringe Festival where it sold out its month-long run. Following this Danny followed in the footsteps of comedy greats such as Dylan Moran, Simon Pegg and Dara O Briain when he was handpicked to perform as part of the iconic Best Of The Edinburgh Fest Australian tour. It’s also sold out shows at Galway International Arts Festival and Wexford Spiegeltent and Danny has also asked to open for US comedian Bill Burr in front of over 7,000 people in Dublin’s O3 Arena.

You can catch Danny O Brien – Reformer this Friday, March 6 at 8pm in The Balor, Ballybofey. Tickets are €15 available from The Balor Box Office on 0749131840 or online at www.balorartscentre.com

The inimitable Paddy Cullivan brings his fascinatingly entertaining and informative 10 Dark Secrets Of 1798 to The Playhouse, Derry this week.

This is history as you’ve never consumed it before as Paddy casts an investigative and satirical eye at one of the most momentous events in Irish history – the 1798 Rebellion.

Why is the death of Wolfe Tone still a mystery and why did the British need to make it look like suicide? Who was the establishment figure that may have been his real father? How did Napper Tandy inadvertently help with Napoleon's love life? All these questions and more will be dealt with in The 10 Dark Secrets of 1798 as Paddy - via satire, imagery, historical insight and song - reveals the 10 strangest things (and Darkest Secrets) that happened before, during and after the insurrection that (briefly) united Protestant, Catholic and Dissenter in a story that unfolds like an addictive thriller.

The human side of World War is the subject of Wars End a new play written by David Kane which comes to The Balor, Ballybofey next Wednesday.

Directed by Codie Morrison, Wars End is set on the frontlines of World War 1 where three soldiers – one Irish Unionist, one Irish Nationalist and one German – find themselves sheltering in the same bomb crater in no man's land. Completely exhausted and without supplies or munitions, they no longer have the will to fight. Instead, as the battle rages around them, they talk, reflecting on how they came to be on the frontlines of the war to end all wars, how it’s changed them and if the differences between them are enough to justify trying to kill each other.

Author David Kane is also a talented composer and there’s specially composed music sprinkled liberally throughout the piece which adds significantly to the atmosphere and the pathos.

Wars End is at The Balor, Ballybofey on Wednesday, March 11 at 8pm. Tickets are €10 (€8 concession) available from The Balor Box Office on 0749131840 or online at www.balorartscentre.com