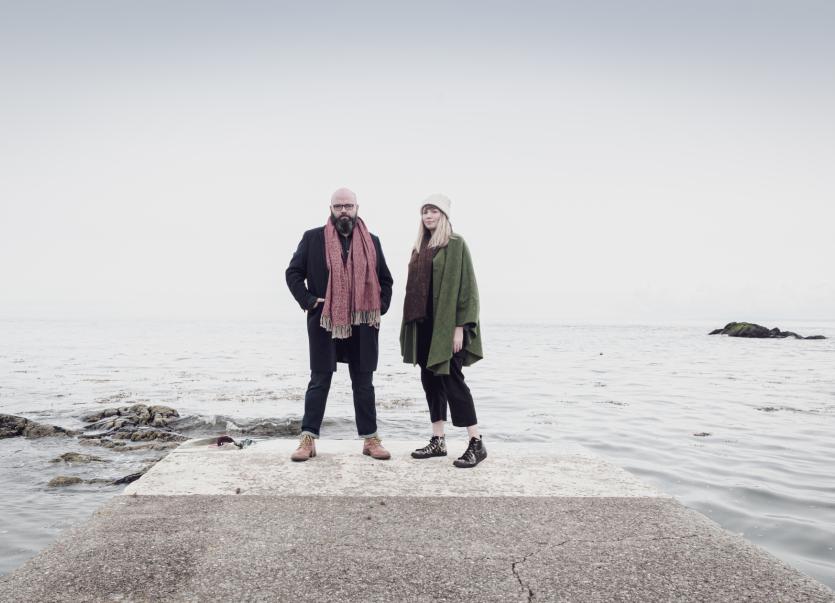 A Donegal musician is one half of the duet that has provided the soundtrack to a heartwarming promotional film for this year’s RTE Late Late Toy Show.
Lifford-born Michael Keeney and Rachel McCarthy make up the band The Darkling Air. The Co Down-based act’s track Globe Lights is being used for an emotional short film advertising the Late Late Toy Show which is on RTÉ 1 this Friday night.
The advertisement for the show features the story of a young girl who is stuck at home and worried about how she can watch this year’s show with her friends before her brother comes to the rescue.
Michael is a composer, musician and arranger who has worked with the likes of Van Morrison, Foy Vance and Duke Special.
Michael and Rachel said the instrumental version of their song Globe Lights being featured in the promotional film for the annual television event came as a very pleasant surprise.
Speaking in an online interview with the Regional Cultural Centre in Letterkenny this week, Michael said: “First of all, we got an email from Charlene Hegarty (the band’s manager) asking us if we’d be interested in having our song used for the ad, but at that stage, we thought we were in the running along with maybe eight or nine other songs.
“But we then found out ours was the only song they were using and were sent a confidential link to the video the Wednesday before the ad came out on a Friday,” Michael said.
“Dermot Malone, who directed the ad, did a really good job. It’s a lovely story. It had an emotional effect and the music was well-placed.”