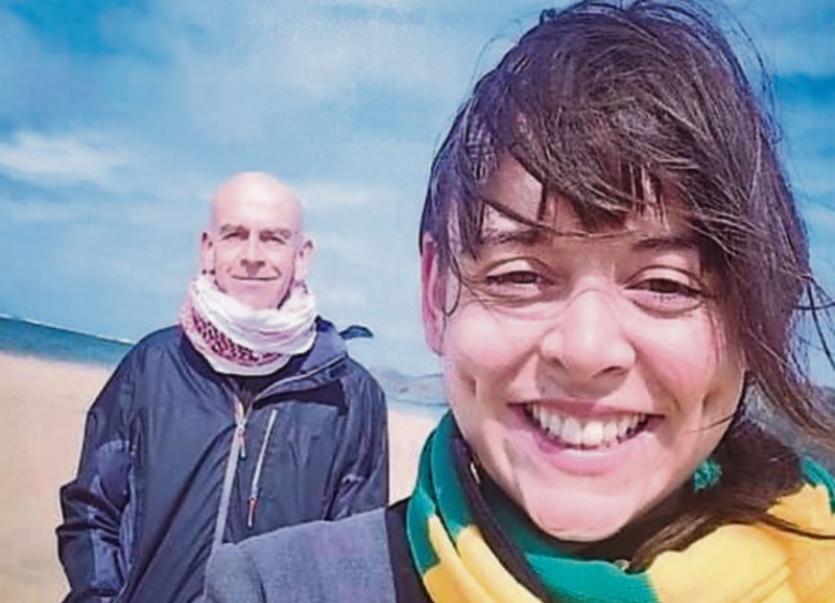 Father-daughter team Paul and Kate McCarroll have made the documentary on Charles McGlinchey, the Clonmany storyteller and author of The Last of the Name.

A new documentary about Charles McGlinchey, the Clonmany storyteller and author of The Last of the Name, will premiere at the Colgan Hall in Carndonagh on Saturday 19th November at 8pm.

The film is directed by Culdaff’s father-daughter team of Paul and Kate McCarroll.  They have recruited a team of local talents to assist with the production, including Paul Kelly and Seamus O Donnell.  The film also includes the finest of Inishowen music – with compositions from Tom Byrne, Finbarr Doherty and the Henry Girls.

According to Kate, “This is an important Inishowen story, and the nicest thing for us is to be allowed to make a film about it.  And even better – to do so with a team who are almost all from the locality.  From the music to the acting, it’s a magical array of talent.”

Extracts from the book form a large part of the film, and these reconstructions were all filmed in Mamore.  According to Paul, “We were really lucky to find an incredible local actor called Paul Kelly to play the role of Charles McGlinchey.  And an entire support team just magically appeared to help us make it happen – including Greta McTague as Theatrical Director.  And we all had great fun filming it – three hilarious Sunday afternoons up in Mamore.”

The film traces the book from its inception, to the role played by Ireland’s literary giants, Seamus Heaney and Brian Friel, in its publication. A number of key individuals have contributed, including Des Kavanagh, Nollaig Mac Congail, Marius Harkin and Margaret Farren.

The impact and significance of the work – particularly with regard to the Irish Language – are examined, as is its legacy: from the McGlinchey Summer School to a recent Multi-media interpretation.

This is the second documentary feature by Paul and Kate McCarroll.  Their first film, Outcasts by Choice has been screened in Belfast, Galway, Blackpool, Dublin and Berlin – since its release in April.

Tickets for the McGlinchey Premiere cost €8 and can be bought at iSeanachai.com and at Doherty’s Newsagent (Fintans), Carndonagh.