Booka Brass and Mary Black in Donegal this weekend

CONOR MALONE'S ROUND UP OF UPCOMING EVENTS IN THE NORTH WEST 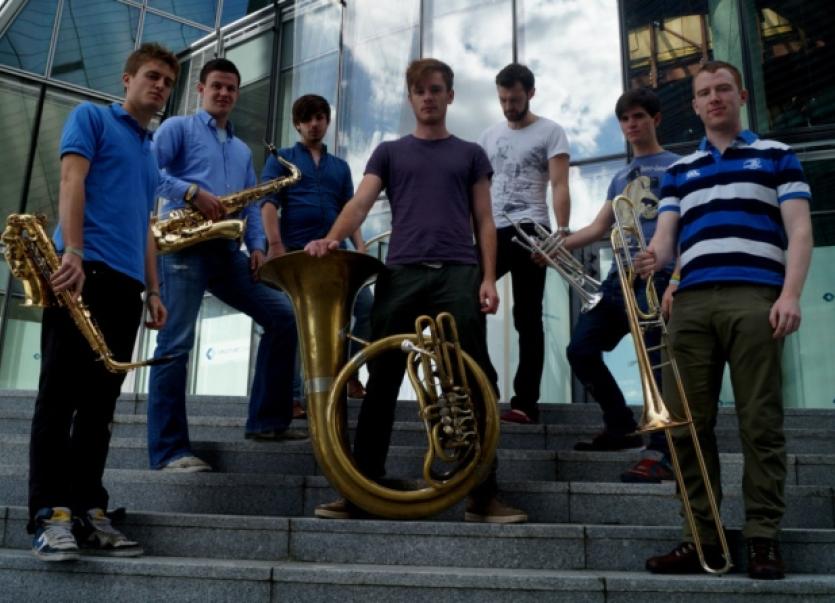 There’s another great gig in store at The Balor this weekend as Booka Brass Band – rated by many as the best live music act in Ireland – come to Donegal.
Booka are an eight-piece high energy funk/soul/jazz combo belting out tunes in the style of Chicago’s Hot 8 Brass Band.
They took Ireland by storm last year as their unique brand of musical energy wowed revellers at various festivals around the country leading to the Irish Independent proclaiming “If you can only take in one new act this festival season make it Booka Brass Band”.
Their debut album ‘Chilled Milk’ was released last year to critical acclaim. Sold out gigs in venues like Dublin’s Vicar Street and Cork Opera House only added to the hype with Golden Plec Magazine of the opinion that “Booka Brass Band have every right to be claimed as Ireland’s best live act right now.”
This is going to be a mighty night and one that’d we probably won’t get a chance to do again because these guys rarely do the small venue setting so don’t miss this opportunity to see them in the intimate confines of The Balor before their eventual world domination.
Booka Brass Band play The Balor, Ballybofey on Saturday April 22nd at 8pm. Tickets are a ludicrously reasonable €15 available from The Balor Box Office on 0749131840 or online at www.balorartscentre.com.

A verified A-list Irish music star plays Letterkenny next week as Mary Black comes to An Grianan Theatre.
It’s hard to believe that it’s 35 years (1982) since she released her first solo album – simply entitled ‘Mary Black’. Since then she has at least a dozen hit studio albums to her name along with various compilation and live releases making her one of if not the most recognisable successful and revered Irish female vocalists of here generation.
ndeed, she has come to define for many the essence of the Irish female vocalist.
An interesting bit of trivia I’ve come across with regards to Mary Black – for a number of years What Hi-Fi? Magazine considered her voice to be so pure that it was used as an audiophile benchmark for comparing the sound quality of different high fidelity systems.
I suppose it was 1989’s ‘No Frotniers’ album that really propelled Mary to mega-stardom. It rocketed to the top of the Irish charts, staying in the top 30 for over a year and achieved triple platinum sales.
Equally well known, loved and successful are the two Woman’s Hearts albums – featuring Mary along with other Irish female vocalists and musicians including her sister Frances, Eleanor McEvoy, Delores Keane and Sharon Shannon.
With so many platinum albums to her name there’ll be no shortage of great songs when Mary visits An Grianan and there’s bound to be a few surprises too. She’ll be joined on stage by a really top band of musicians with Bill Shanley on guitar, Pat Crowley on piano and accordion, Nick Scott on double bass and one of my favourite saxophone players the great Richie Buckley.
Mary Black plays An Grianan theatre, Letterkenny on Saturday April 22nd at 8pm. Tickets are e32 available from An Grianan on 0749120777 or online atwww.angrianan.com

"Immensely funny" and "A master of pace, mixing stories with fantastic quick-witted" are just some of the glowing reviews for Hardeep Singh Kohli who brings his new comedy show Mix Tape to The Playhouse, Derry on Saturday week (April 22nd).
Comedian, broadcaster journalist and chef Hardeep is no stranger to our TV screens. His credits include shows ranging from Celebrity Masterchef & The One Show to Question Time & This Week.
Having previous toured theatres with his much loved cookery show, Hardeep is back with his brand new show ‘Mix Tape’ – where he shares the songs that have made him who he is today. The joy, the pain and the bizarre middle eight are all explored in this all new stand up show from one of Britain’s busiest comedians and Edinburgh Frings Festival favourite.
Hardeep Singh Kohli – Mix Tape is at The Playhouse in Derry on Saturday April 22nd at 8pm. Tickets are £15 (£12 concession) available from The Playhouse on 048 7126 8027 or online at www.derryplayhouse.co.uk

The May Bank Holiday weekend (Friday April 28th to Monday May 1st) sees the first ever Dunfanaghy Singer Songwriter Festival.
It’s an impressive and ambitious line-up – especially for the events maiden year. There’ll be three days and nights of original live music all centred around Molly’s Bar in Dunfanaghy which will host gigs in both the lounge bar and the new Molly’s Music Venue as well as larger scale concerts in a specially erected marquee.
As you would expect the pillar gigs will take place in The Marquee. Dublin band Elevation Falls headline there on Friday April 28th with support from Sick District, Saturday is billed as a blues extravaganza with music from Rusty Jacks, Rolling Empire and the Barry McGivern Band – hailed by some as the best Roy Gallagher tribute act on the island. Goats Don’t Shave are more or less guaranteed to bring the house down when they bring the festival to a close on the Sunday night.
The pick of the gigs in Molly’s Music Venue are Mick Hanley and Emily Mure while the lounge bar will host a slew of the finest singer songwriters from Donegal and further afield.
There’s a more in-depth rundown of who’s appearing where and when, ticket prices etc online at www.dunfanaghybaysongwritersfestival.org. Check it out.