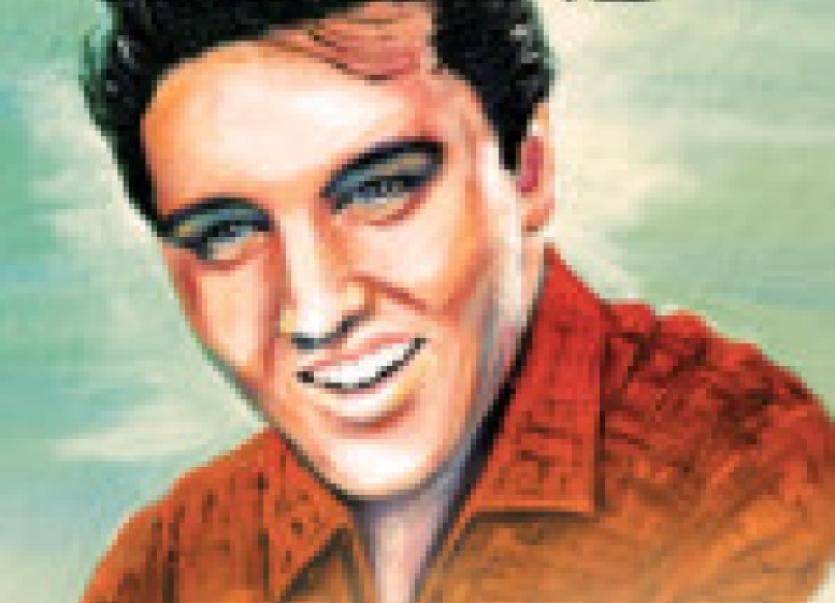 “Elvis and Ireland” is a new music biography by Dublin born writer, Ivor Casey. The book explores the life and career of American singer Elvis Presley and his influences and connections with Ireland. Ivor notes the book as the “Irish biography” of Elvis Presley as it tells the story of the rock ‘n’ roll legend from an Irish perspective.

“Elvis and Ireland” is a new music biography by Dublin born writer, Ivor Casey. The book explores the life and career of American singer Elvis Presley and his influences and connections with Ireland. Ivor notes the book as the “Irish biography” of Elvis Presley as it tells the story of the rock ‘n’ roll legend from an Irish perspective.

It is the detailed story of Elvis Presley’s life and career, combined with a timeline of events in Irish popular culture and the social changes brought on by his unique brand of rock ‘n’ roll. It is a journey through his impact on the showbands, beatgroups and rock stars such as Rory Gallagher, Phil Lynott and Bono.

including his Irish chart successes, as well as areas of censorship and condemnation by priests, politicians and censors.

Ivor Casey, aged 29, began writing the book over a decade ago, when he was just eighteen years old and heading for the Leaving Cert. Ivor recalls, “I discovered Elvis when I was thirteen after a night of TV tributes to Presley on the 20th anniversary of his death in 1997 and became captivated by the excitement and energy he injected into his performances”.

Casey adds, “The rerelease of his song ‘Always On My Mind’ was also a big hit at the time and for the first time in my life I discovered that singers sing songs about subjects which reflect their lives, as Elvis recorded this when he had just separated from the love of his life”.

By the time of Ivor’s Leaving Cert, writing was the only academic subject he truly enjoyed so he decided to write about his favourite music subject at the time. Combining a sense of national pride and a deep admiration for Elvis and Irish rock music, the book was conceived. These were the foundations for “Elvis and Ireland”.

After trying every major publisher in Ireland and after receiving the inevitable rejection letters for his first book, Ivor got side tracked into freelance journalism, where he wrote articles for regional and national papers.

He eventually went back to college as a mature student and received a BA (Hons.) degree in English, Media and Cultural Studies at Dun Laoghaire’s Institute of Art, Design and Technology. On completion of college, Ivor returned to the book and this time he decided to self publish. Ivor is possibly the youngest Elvis biographer and reflects the new generation of Elvis enthusiast as he was born over six years after Elvis died.

Casey highlights how the book covers several decades of Irish popular music without ever losing track of Elvis’s story. In brief this book is a view of Elvis Presley through Irish eyes. “Elvis and Ireland” brings together the story of the global superstar from his birth to his untimely death, picking up the Irish connections along the way.

Ivor explains “Hundreds of Elvis books already exist but rarely does a new Elvis book have something to say from a totally different cultural stand point”.

“Elvis and Ireland” is available at Tower Records and Celtic Note in Dublin, as well as Easons nationwide and on Amazon – RRP€14.99