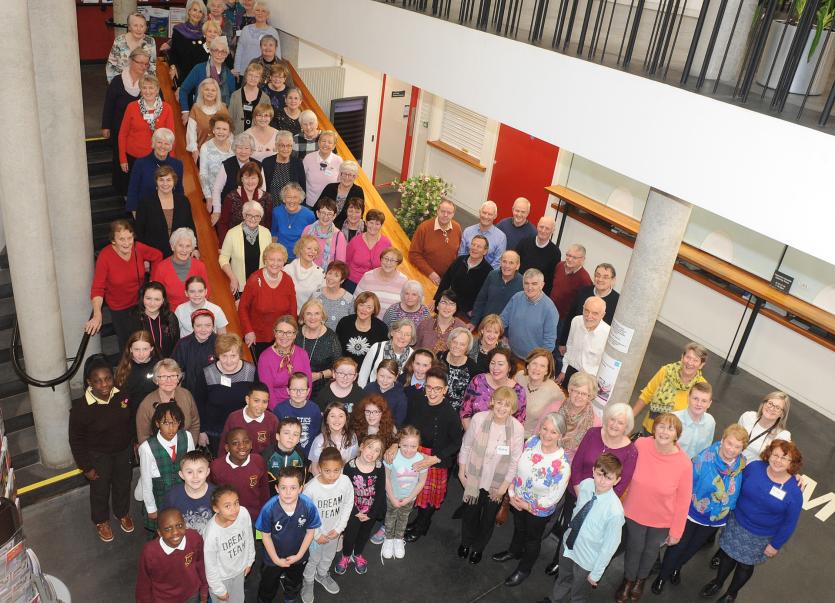 The choir, which celebrated its debut in July this year, has grown from strength to strength with 120 members performing under the direction of professional choral director Veronica McCarron.

“The choir has been practising their Christmas repertoire for a number of weeks now” says Mairead Cranley, Donegal County Council, who is facilitating the choir and says that the choir is very excited about the upcoming performances.

“We are delighted with the huge interest in the choir and following our successful performance in October we have been inundated with requests to perform in other locations so we are doing these special festive performances in different parts of the county.”

Other performances include St Mary’s Church Stranorlar on Tuesday, December 18 and in Glenswilly GAA Hall on Friday, December 21.

However, Mairead explains that it is not just about the singing saying “the choir is made up of older people, children and young people, male and female from all walks of life in Donegal and making friends and socialising is every bit as important as the singing.

“It has been great to see relationships blossoming between both generations and seeing their confidence grow. The most important part of this project is the social side of it, this is where all the different stories are shared and friendships are made so the tea breaks are always very welcome during a rehearsal with Veronica McCarron.

“We have been very fortunate to have Choral Director Veronica McCarron working with us on this project.  Veronica’s professional conducting included voice training, breathing techniques, elocution lessons, choreography and building the confidence to sing in front of others,” explains Mairead.

In October the Choir recruited new members up to a total 120 members and they have since being practising their Christmas repertoire in weekly rehearsals.

Performances will take place on Sunday, December 9 in the Amharclann Ghaoth Dobhair at 5pm and tickets can be booked at 074 95 32687.  Tuesday, December 18 in St Mary’s Church Stranorlar starting at 7pm and the final performance is on Friday, December 21 in the Glenswilly GAA hall at 7pm.  To book tickets to these performances call Paul Duddy 087 174 0285 or Paddy Devine 087 223 7724.