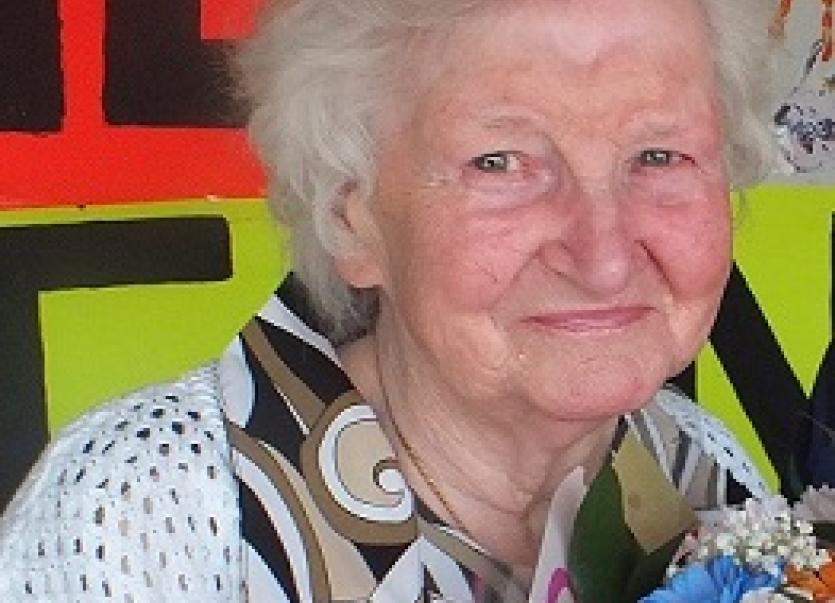 The death occurred at her home in Bunaninver on Wednesday, February 19 of Miss Nabla Coyle.

A retired national school teacher she spent most of her teaching career at Scoil Mhuire, Derrybeg.  Born in 1927, she was one of five  children born to late Micí and Nellie Coyle. She was awarded a Gaeltacht Scholarship for her post primary education and she spent a year studying  at St. Louis Convent in Monaghan and four years at Ballyconnell in Falcarragh.

After her leaving certificate she decided to pursue her career as a teacher and went on to study at Our Lady of Mercy College in Carysfort,  Dublin.

After graduating she was appointed to the teaching staff of Arranmore N.S.  She spent two years there and afterwards moved to teach in Monaghan. She later spent two years teaching in Drogheda and later moved to the two teacher school in Carrigans. In 1955 she secured a teaching appointment at Scoil Mhuire, Derrybeg. She remained teaching there until her retirement in 1988.

Her Requiem Mass was celebrated at 11am on Saturday in St. Colmcille Church, Cnoc Fola.  The celebrant was Canon Michael Herrity, C.C., Cnoc Fola assisted by Fr. Nigel Ó Gallchóir, P.P., Annagry [a relative of the deceased]. The soloist was  Pauline Glackin and she was accompanied on guitar by her brother,  Joe.  Nabla was laid to rest afterwards in the adjoining cemetery.  Predeceased by her brothers, Fr. Eddie Coyle, Patrick [Co. Meath] and Francie [Brinaleck],  she is survived by her brother, Barney and his wife, Peggy Coyle [Bunaninver], nephews, nieces, and a wide circle of relatives and many friends to all of whom deep sympathy is extended.