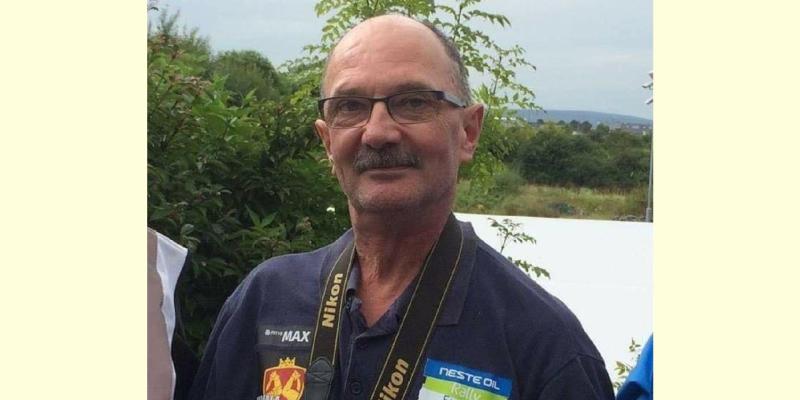 Tributes have been paid following the death of popular motorsport photographer Stefan Lassus.

Stefan travelled all across Ireland following rallying and his images ensured that local crews always received top coverage in the Donegal media.

Stefan’s photos regularly graced the pages of the Donegal Democrat.

“It is with great sadness that we have heard of the passing of Stefan Lassus,” a spokesperson for the Donegal International Rally said.

“He was one of life’s gentlemen, quick witted and even quicker behind his beloved camera, capturing superb rally images up and down Ireland.

“He was a great supporter of Donegal crews and regularly ensured their photos made the local papers. Deepest condolences to his family and friends.”

A native of Oravais in Finland, Stefan made his home in Glenties and worked for years ay the Tazetta Teoranta mink farm, whose managing director, Sven Sjöholm, also hails from Finland.

Boyle Motorsport, whose driver Declan Boyle is from Glenties, described Stefan as a ‘local legend’.

“We had to privilege of presenting Stefan with an award during our Rally Appreciation nights in the M25,” Boyle Motorsport said.

Stefan is survived by his wife Nora, daughter Anna, his mother Aida, his sister Beatrice, brother in law Rolf, his sister-in-laws Ann and Lynn, his niece Ida and Nephew Magnus, his nieces in law Julie, Lisa, Eileen, Lynn and Catherine and a wide circle of family and friends.

He was predeceased by his father Lars and his brothers-in-law Peter and John.

A private cremation service will take place in Lakelands Crematorium at 2pm on Thursday.