Filming for three episodes took place this summer, including at Malin Head 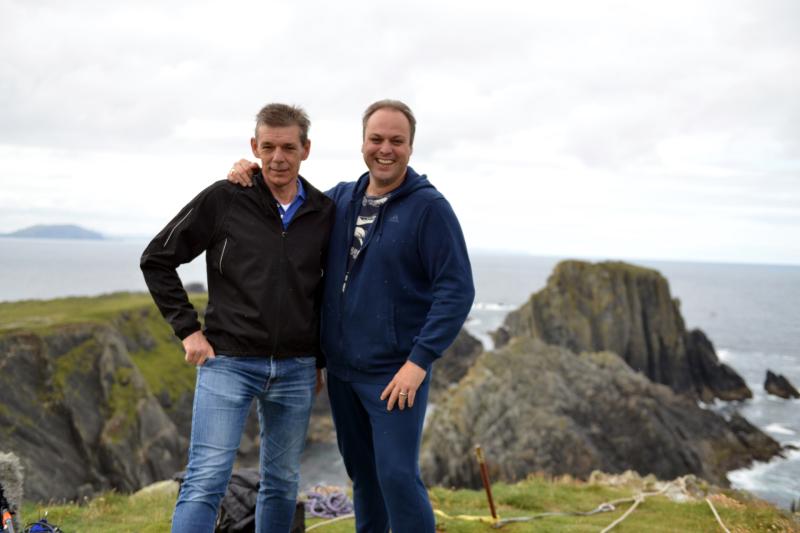 Brothers and presenters Frans and Dorus Bauer, during filming at Malin Head.

Tourism Ireland has said that 900,000 television viewers in the Netherlands tuned in to a popular travel programme this past weekend that featured scenes of Malin Head and other scenes of Ireland.
The travel programme, Vive la Frans, follows brothers Frans and Dorus Bauer as they explore Europe’s culture, music and scenery. Filming for three episodes of the programme took place this summer, including scenes at Malin Head.
“Tourism Ireland was delighted that Vive la Frans chose to film three of this season’s 10 episodes in Ireland,” Karen van der Horst, Tourism Ireland’s manager, the Netherlands, said. She said an audience of about 900,000 viewers per episode makes the programme, “a fantastic opportunity to showcase the destination to a huge Dutch audience”.
The Bauer brothers have a loyal following in the Netherlands and their focus on Ireland’s culture, music and landscape appeals to “our important ‘culturally curious’ audience, inspiring them to come and explore the landscapes and locations featured for themselves”, Karen said. The show airs on NPO 1, the oldest television channel in the Netherlands.
The latest CSO figures showed visitor numbers from the Benelux countries - Belgium, the Netherlands, and Luxembourg - up nearly 29 per cent between June and August of this year, bringing an extra 26,500 visitors compared to the same three-month summer period in 2015.