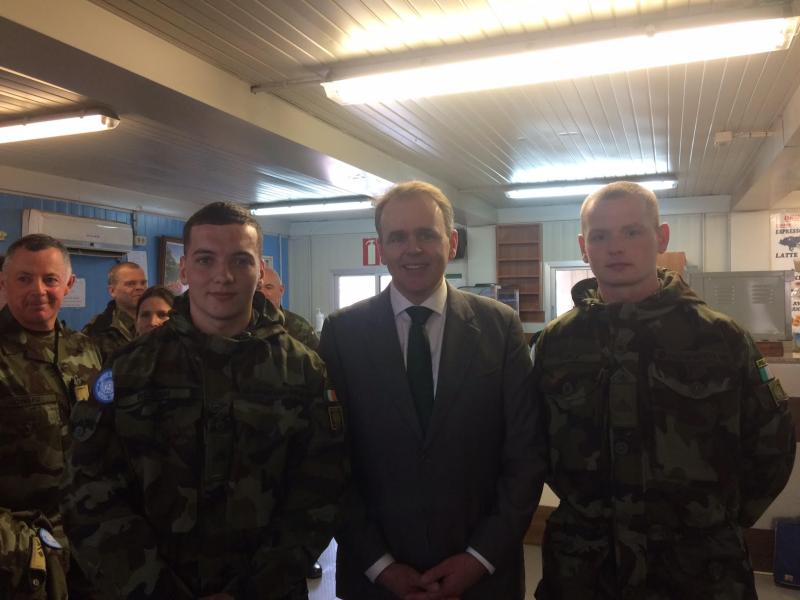 Donegal Deputy Joe McHugh is urging young people to consider a career in the Defence Forces as he met those who are serving with the United Nations (UN) peace-keeping force in Southern Lebanon.

McHugh, the Minister for the Diaspora and Overseas Development, has met 336 personnel, 44 from Donegal, serving with the 109th Infantry Battalion who are currently serving with the UN peace-keeping force, UNIFIL, in Southern Lebanon this week.

The Minister has also visited Irish-supported Syrian refugee camps in both Jordan and Lebanon.

“A significant new recruitment campaign for the Defence Forces is targeting an intake of 860 personnel, across the Army, Air Corps and Naval Service. Donegal people have a proud tradition in serving in the Defence Forces and an open day is being planned at Finner Camp for this interested in continuing that proud tradition. They are looking for general service recruits, apprentices and cadets and I strongly encourage young men and women in Donegal to consider this exciting opportunity," Minister McHugh said.

Anyone who is interested in a career in the Defence Forces can do so by applying at www.military.ie.