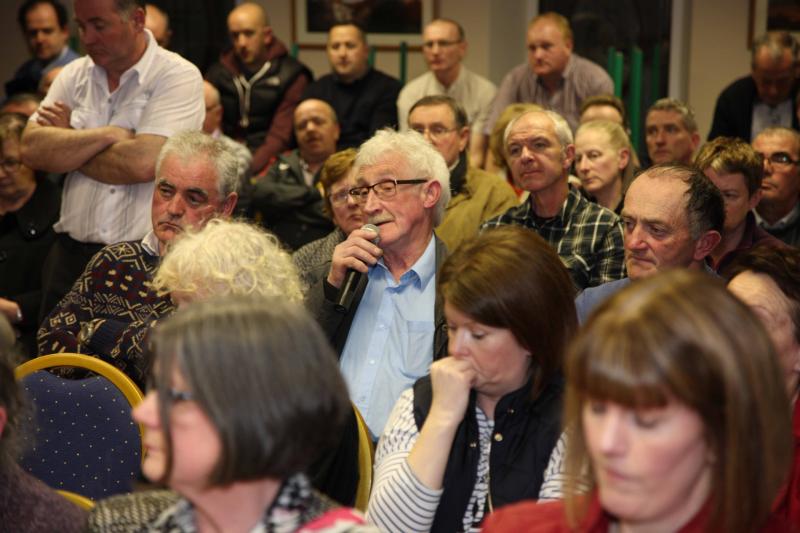 Ulster Bank has agreed to meet with community groups from Raphoe and Ardara to discuss the proposed closure of two bank branches.

Urgent meetings were held in both Raphoe and Ardara on Monday night to discuss the issue. Over three hundred people attended both meetings.

Minister Joe McHugh met senior bank officials in Dublin on Wednesday to protest at the planned closure of the branches announced last week.

The Donegal Fine Gael politician says he has now secured a meeting between committees in both towns and senior Ulster Bank executives. Among those the meeting in Leinster House were Chris Wilson, Managing Director of Retail Banking, Cathal Daly the Regional Manager and Tara O’Shea, the bank’s County Donegal manager.

“At my request, Ulster Bank officials agreed to meet representatives of the many thousands of customers at the branches in Raphoe and Ardara. I once again raised the issue of the profitability and viability of both branches, knowing, for example, the large number of business customers among those who use Ulster Bank branches in both towns," Fine Gael Deputy Joe McHugh said.

Deputy McHugh outlined the sentiments of the people of Donegal to the bank officials.

“It is important now that those directly affected in Ardara and Raphoe can add their own voice through the meeting I have set up for them. It was clear from the meetings I attended in both towns on Monday evening that many many customers will leave Ulster Bank if they go ahead with the closures in June and September,” he said.