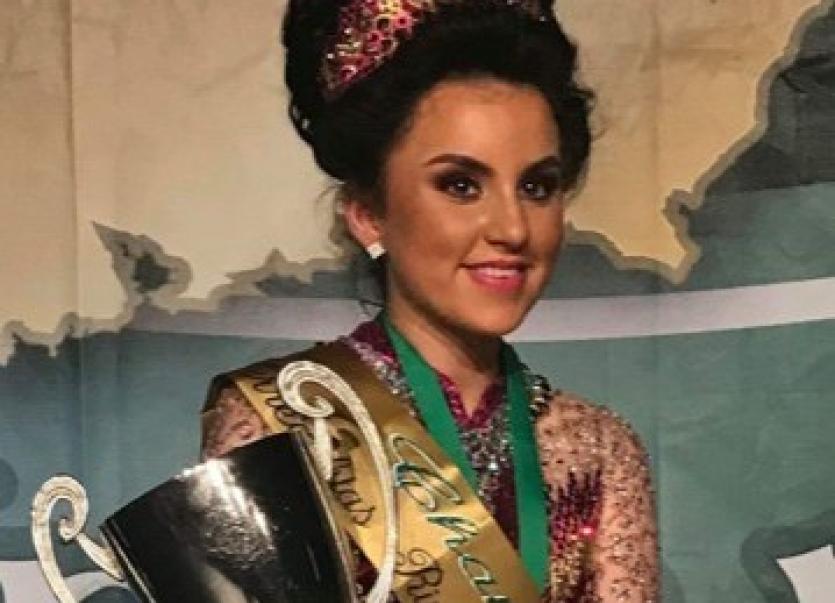 Dungloe has a new All-Ireland champion following a local teenager's success at the All-Ireland Irish Dancing championship in Kerry last week.
Emily Colangelo who is 14 and from the Little Bridge, in Dungloe, was crowned All-Ireland champion at the championship, on Tuesday of last week, in the INEC, in Killarney.
Emily, who is a pupil at Gairmscoil Mhic Diarmada on Arranmore Island, claimed the title in the 14 to 15 age group. This is one of the most competitive age categories with a total entry of 220 of the top dancers from all across Ireland and around the world.
A member of the McNelis, Cunningham and Boyle School of Dancing she was presented with the Donáil McCafferty Memorial Cup.
The Donáil McCafferty Memorial Cup is presented in honour of former Donegal dance champion and dance teacher Donáil McCafferty, from Gaoth Dobhair.
Emily has now qualified for the World Dancing championship which this year is in North Carolina and she is one of team of 20 dancers from the McNelis, Cunningham and Boyle School of Dancing who will compete in the championship.
It will be her third World Championship. She also competed in the World Championships, in Glasgow last year and came second in the 13 to 14 year -old category and is a back to back Ulster champion from 2017 and '18.
Last week's All-Ireland title was a first major success. Emily has been dancing since the age of five.
And in recent years she has come to the fore in Ulster as a two time Ulster champion coming up through the various age groups.
She is a member of the McNelis, Cunningham and Boyle School of Dancing, in Donegal town.
She makes the hour long trek to Donegal town two to three times every week for dance classes. The World Championship is in April.
Emily is the daughter of very proud parents Ben and Christina Colangelo and has one brother Thomas who is an also Ulster champion dancer.