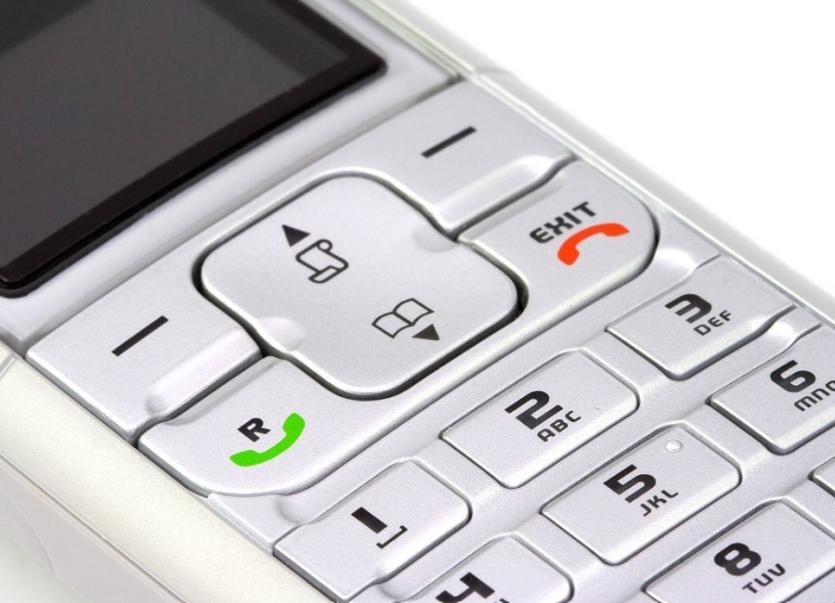 An elderly Donegal couple had their phone cut off without warning and are faced with a €277 phone bill despite being on an unlimited Eir package.

When their phone was cut off, they spent so long trying to get through to Eir that their mobile phone credit ran out, leaving them with no means of contacting the outside world.

They are highlighting the issue so that other people won’t fall victim to the same misleading information.

Brian Carr who is involved in a number of community initiatives in Glenties was contacted by the couple to see if he could help. They explained their usual phone bill was €73 per month and had paid their bill on time for 20 years. But they were now without a phone and facing a €277 bill plus a reconnection fee.

“They noticed on Holy Thursday that something was wrong with their house phone and never thought any more until they received a message on Friday to contact their provider,” said Mr Carr. “On the man’s mobile he rang Eir and after holding for 34 minutes he ran out of credit.

“They then had to go to a neighbour’s house and ask to use their phone, a house which they have not been in for over a month because of cocooning due to Covid-19.

“When they contacted me, they were terribly upset and distressed at what happened. They also were very worried that this left them isolated as the phone/facetime was their only way of contacting their family and grandchildren over Easter.”

Mr Carr rang Eir on behalf of the couple and was told that they had exceeded their unlimited calls and broadband allowance.

“There is a thing called Fair Usage amount which you must go to small print to look for,” he said.

To have the phone service up and running as quickly as possible, Mr Carr paid the €86 reconnection fee. It took several days for the couple to be reconnected. Needless to say, this was a very traumatic experience for the elderly couple who are warning other people to beware and not fall into the same trap.

Sinn Féin Finance Spokesperson Pearse Doherty TD has called on Eir and other service providers not to disconnect customers during this crisis. He has also asked that they do not enforce any fair usage caps which are hidden away in the small print of the contracts.

“As people are cocooning and staying at home, they are depending on their landlines, mobiles and internet to arrange food, prescriptions and to stay in touch with family more than ever before,” he said.

Deputy Doherty explained that the package for which the elderly Donegal couple had signed up was 'eir Broadband Talk Mobile World' package. It offered 'unlimited anytime local and national calls to landlines, unlimited calls to UK and defined international destination landlines and mobiles, unlimited anytime calls to Irish mobiles'.

“The couple, who are pensioners, had chosen this package to make sure they could stay in touch with family and friends before the crisis,” said Deputy Doherty.  “As the crisis developed, they relied on their landline as their link to the outside world.

“By disconnecting landlines without warning, Eir have put this already vulnerable couple at risk during a public health emergency and it is disgraceful.”

The TD is advising people to be mindful of the small print in their telephone contracts.

“I am calling on Eir and other service providers to cut the nonsense and be clear with customers. The package is either unlimited or it is not.”

Deputy Doherty is also calling on the government to engage with ComReg to ensure that commitments by service providers not to disconnect customers are honoured.