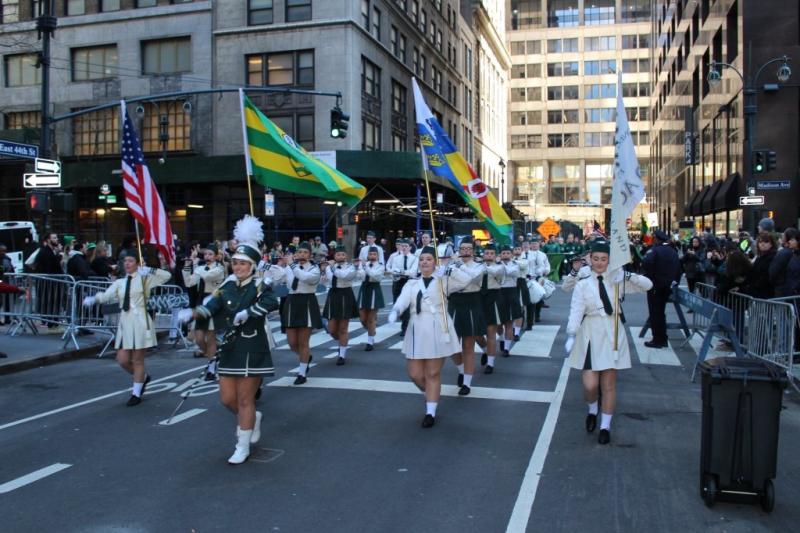 Maghery Band in the US

While Donegal has achieved unprecedented success in the rankings in Ireland's marching bands Maghery Band has won the top accolade coming number one in the country.

The Maghery band has three different bands incorporated in their academy and most successful is by far their senior competitive band.

They also have won the Senior Flute competition at the All Ireland Fleadh five years in a row making history for the band. In September this year, the band performed their debut performance at the Belfast Tattoo in front of thousands of people. Their Junior band have won back to back Donegal Fleadh titles and along with their Old Senior band they perform at local events and parades.