"We're on the scoreboard" - Michael White 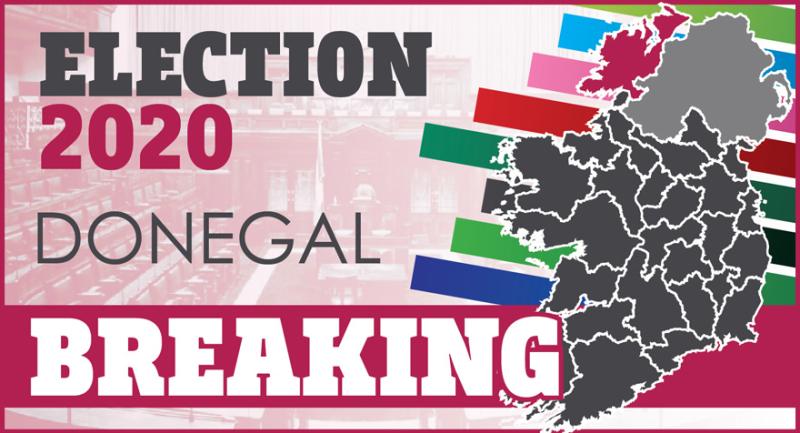 With all the #GE2020 boxes tallied, Green Party candidate, Michael White, said the results indicate a “sea change” in Donegal.

Speaking to Donegal Live, Mr White from Moville in Inishowen said the Greens had got “onto the scoreboard.”

He added: “We are really happy with the party's performance. We've gone from almost no votes four years ago to where we've got onto the scoreboard.

“The vote over the whole county and even in Inishowen is pretty good. We had our eyes wide open going into this election. We knew it was going to be difficult.

“We didn't even have a bank account when this election was called three weeks ago. So, we've gone from that to were we've had a really good campaign, with lots of media coverage.

“People are now really aware the party is here. If we had a bit more time and a few more resources, who knows what we might have achieved. One of the issues we are facing is that we are competing with very successful electoral machines, with more resources than we have, a lot of cash. I'm really proud of what we've done,” said Mr White.

Michael White said what the Green Party was trying to achieve was “really important.”

He said: “We do believe there is a crisis. The UN has said we have 10 years to avert catastrophic climate change.

“What we are doing is important. We need to make sure Donegal hears that message and this is the first step.

“We are heading into the Green Party national convention in June, which is being held in Letterkenny. We are going to have all of the candidates, the party members and Eamon Ryan, as well as the national media. That is going to help us to continue the momentum.

“We have had new members joining the party from every part of Donegal, from Kinnegoe Bay to down as far south as Ardara and the vote is up. We are up there on the scoreboard. In the next election we strongly believe we'll have a better performance and we'll start to gain seats. Genuinely I am not downhearted we went from nothing to this. It is very good.

“Three years ago, you could have a meeting of the Green Part in the telephone booth. Last week I had 11 people walking with me around Letterkenny canvassing on my behalf and Hugh O'Donnell in Killybegs canvassing on my behalf. I had people in Inishowen canvassing Buncrana, Carndonagh Clonmany. You know, it really is a sea chgange for us.”