The creation of the sculptures will be documented by the RCC 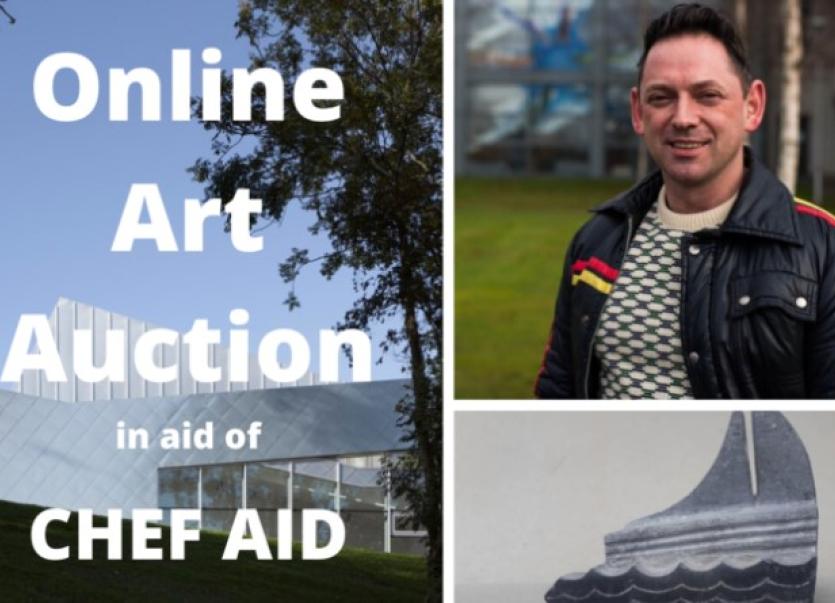 The Regional Cultural Centre (RCC) in Letterkenny has been playing a vital part in engaging children and adults in artistic activities since the Covid-19 crisis began.

The centre is now taking this support for the community to another level, with the help of virtual Artist-in-Residence Redmond Herrity.

As part of his month-long residency, Mr Herrity will document the process of creating three small pieces of sculpture. They will be auctioned each Friday with all proceeds going to ChefAid Letterkenny.

A spokesperson said: “It is our intention to provide a free hot meal to the elderly and anyone compromised in our community during the Covid -19 crisis.   We will also work closely with other community groups and An Garda Siochana to deliver an effective, efficient and safe service to those most in need.

“We have sole use of the Honey Pot Coffee House kitchen, premises and six chefs.”

Redmond Herrity lives and works in Ramelton, County Donegal. He graduated from Leitrim Sculpture Centre in Ireland in 2001 and later worked in Carrara, Italy, where he mastered the ancient techniques of marble portraiture. From classical portraits to contemporary themes, his sculpture spans centuries.

Mr Herrity has exhibited at Dublin’s Royal Hibernian Academy (RHA) Annual Exhibition for the last 14 years. In 2009 he was awarded the Conor Moran prize for Sculptor of the Year while in 2013 he won the Glebe Gallery Derek Hill Prize. In 2019 Redmond won the Morgan O’Driscoll Award for Outstanding Sculpture at the Royal Hibernian Academy, Dublin.

His works include the Celtic Cross in Letterkenny and the sculpture of Our Lady in St Mary’s Church, Rasharkin, County Antrim. Mr Herrity was thanked by former Taoiseach Bertie Ahern for his memorial to the Miami Showband at the Hugh Lane Gallery on Parnell Square, Dublin.

Regional Cultural Centre General Manager Jeremy Howard said: “We’re absolutely delighted to be working with such a high calibre of artist and consider ourselves very lucky to have Redmond based here in Donegal. I’m excited to watch the magic of him creating these pieces from my own home and to support a great cause like ChefAid Letterkenny, who are doing exemplary work during this very difficult time and making everyone in Donegal proud.“

Online for the three sculptures will take place on the Regional Cultural Centre Facebook Page on April 10, 17 and 24.

More information on how to get involved in activities taking place during the Covid-19 crisis can be found at www.regionalculturalcentre.com