Unfurling our wings to discover - and rediscover - our beautiful Donegal 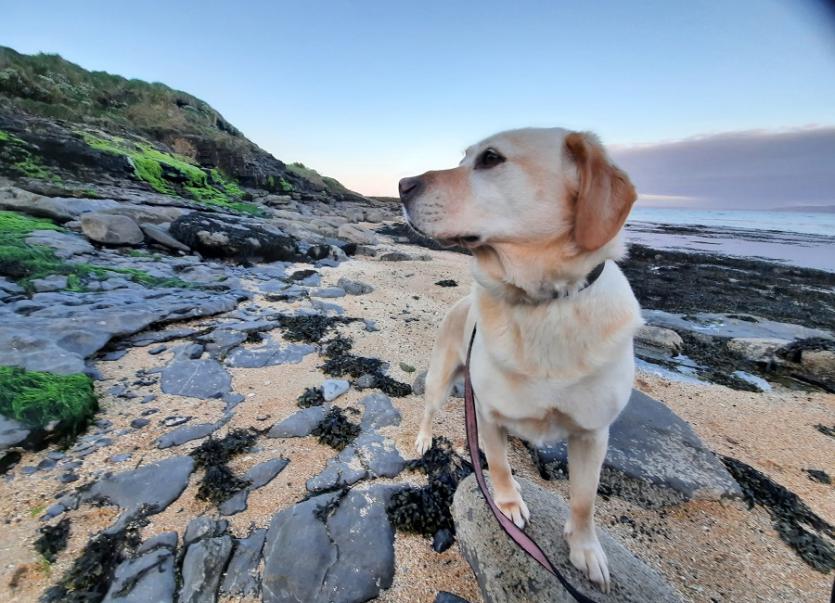 The lifting of the 5k travel restrictions felt like the opening of a cage door.

And even if you didn’t immediately jump into the car and head off around the county, knowing that the option was there made a world of difference.

My nearest beach is the Holmes, just outside Donegal Town. It is a bit outside my 5k so I hadn’t been there since early January. After a busy start to the week, I finally found time last Wednesday evening to pack kids and dog into the car and head down there.

As has happened so often throughout the Covid-19 pandemic, it was one of those moments of profound appreciation of things that we had previously taken for granted.

Never had I imagined that anything other than very serious health issues could have prevented me from enjoying an evening stroll at the beach. The idea that I wouldn’t be able to go there because of the risk posed by a rampant and deadly virus was unimaginable; it would have sounded like a far-fetched movie plot. But such is life in these times in which we find ourselves.

The gentle, rhythmical sound of the waves was incredibly soothing, as was the fresh sea air and the cool water of the incoming tide on my bare feet.

It felt like a real turning point. That walk on the beach was such a simple thing, yet so momentous. I slept better that night than I had in a long time.

Like the caged bird that suddenly discovers it can fly, we ventured a little bit further afield as the days went on, choosing our times so as not to be anywhere when it was too busy.

It felt a bit like visiting old friends, or returning to familiar places that we hadn’t been to for years rather than months.

The dog was particularly happy with a long walk on Murvagh Beach, a favourite spot for all of us, and a huge expanse with ample room to safely accommodate the handful of other families also enjoying their newfound freedom.

This was followed at the weekend by fish and chips at Rossnowlagh, another huge treat after being unable to go there for the last few months.

Monday brought the return to the routine of work, school and homework.

But by Tuesday evening as the sun broke through the clouds, I was restless. I put the dog in the car and set off with no particular destination in mind, driven by a need to be on the move and the sense that something was calling to me.

Back in 1999, my late husband and I bought our first home in Bruckless, and though we later moved back to Donegal Town, it holds a special place in my heart. While living there I went to St John’s Point at least once a week - and that is where I found myself heading on Tuesday evening as the sun sank low in the sky.

St John’s Point is one of those places that never fails to stir the soul no matter how often I go there.

Like so many places here on the edge of the Atlantic, the changing light, sea and sky make it a little bit different every time.

This stunning peninsula in south west Donegal has so much to offer. The rugged, weather-beaten coast gives way to sheltered coves, small piers and a seascape that changes with every twist, turn, rise and fall of the road.

Along the route there are many places where you see the sea to both sides of the road, looking west towards the Atlantic or back in at Doorin, Donegal Bay and over to Mullaghmore and the Sligo Mountains.

Signposts along the way tell you that you can stop off and buy handwoven tweed or free range eggs; you can visit sites of historical interest and see the changing social landscape of rural Donegal in the former schoolhouses, coast guard station and crumbling cottages that sit alongside family farms, modern homes and holiday accommodation.

The coral beach is a firm favourite  with bathers, snorkellers and divers, and is a great place for a walk at any time of year. The water  is exceptionally clear and coral gives the sand an unusually coarse texture and mix of colours.

After enjoying the beach, you can see the wetlands on the opposite side of the road. This area is  home to waterfowl and other birdlife including the chough which you can sometimes spot from the roadside.

Carrying on past the beach either on foot or by car is an absolute must. There are no houses except for the lightkeepers cottages at the 190-year-old lighthouse. The terrain takes on a much wilder, timeless feel.

If you are really lucky, you might even catch a glimpse of whales or dolphins in the waters surrounding the headland. I have only had this privilege once, seeing what I am reliably told was a minke whale breaching several times. That was quite a few years ago and is something that I will never forget. I have heard reports of dolphins and basking sharks being spotted there too, so you never know what you might see.

I see from social media that many more people are slowly unfurling their wings and getting out and about in the county. There are a lot more visitors to my own area of Lough Eske where the bluebells and exotic rhododendrons are coming into bloom at Ard an Mona Woods, and a fantastic new walkway has opened near Lough Eske Castle.

This gentle walkway through the woods is so close to my house that it feels almost as if it was created just for me, though of course that is not the case!

It is in fact part of the International Appalachian Trail. And it is nice to think - while enjoying the escape from hustle and bustle that the forest offers - that this humble path links our own little patch of Donegal to North America and continental Europe. The continents were all once part of the supercontinent Pangaea which is thought to have formed around 250 millions years ago. The trail is a wonderful nod to the shared history and geology of the growing number of countries along its route.

For those of us in Donegal, our section of the trail is yet another amenity to be enjoyed as we discover and indeed, rediscover the many stunning highlights and precious, secluded corners that our wonderful county has to offer.