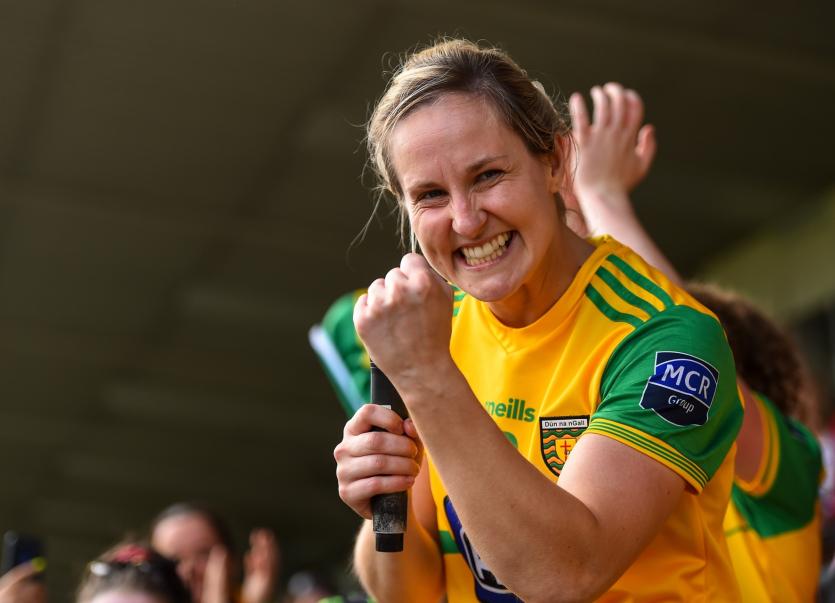 The number of adult playing members registered with the Ulster Ladies Gaelic Football Association has reached record levels despite the impact of Covid-19.

A total of 4,840 adult players were registered with the provincial body in 2020, with Donegal having 677, the second highest of the nine counties, behind only Tyrone (798).

Ladies Gaelic football has grown massively in Ulster over the past few years, and all the indications are that once the Covid-19 restrictions are eased it will bounce back - and continue to attract even greater numbers to the game.

There were 35 clubs in Donegal in 2020 who had ladies’ Gaelic football teams. The total number of people registered in the county with the Ulster LFGA (including all the age groups from under-10 upwards) was 3,144. This includes technical officials, coaches, managers and some others, not all of whom may play themselves.

While this was down 261 on the 2019 figure, given that action on the field of play was severely limited, officials are upbeat about the game’s future.

However, registrar Paddy Donnelly noted that “although we had a decrease of 933 from 2019 this was down mostly to U10's and Gaelic 4 Mothers and Others (G4M&O).”

The G4M&O initiative sees women playing ladies Gaelic football in a fun, non-competitive and social environment. It provides them with an opportunity to get weekly exercise in a fun way while meeting other mothers in the area.

The various Covid-19 related restrictions are likely to have been a factor here.

Meanwhile, he pointed out that: “The adult playing members actually rose by over 600” in Ulster.
Ladies Gaelic football is going through an era of huge growth with an ever increasing number of clubs fielding teams.

There are now around 9,000 more players registered in Ulster than in 2014.

In terms of the numbers playing the game in the province, Tyrone lead the way with 3,258 people registered while even the county with the smallest numbers, Fermanagh, still has a sizable 1,285 registrations.