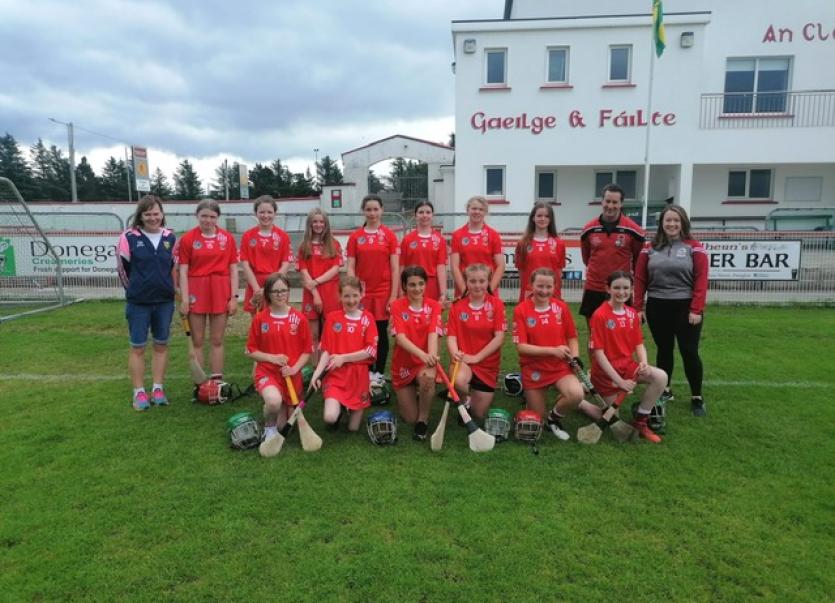 The Dungloe team who played Markievicz

Dungloe under-14 Camogies welcomed Markievicz Camogie Club - the sister of the famous Setanta club - to Rosses Park on Sunday.

The game was totally engaging and the substantial crowds watched two teams show great skill, tenacity and battling capabilities with a nip and tuck game developing Dungloe led by five at half time.

Markievicz pressed hard in the second half and piled pressure on Dungloe who were resolute and tenacious in defending. Further scores were exchanged but Markievicz clawed Dungloe back to just two points with five minutes to go. Dungloe held on tightly to win in a most entertaining game 4-0 to 3-1.