She is expected to feature against Galway , in Saturday's, Lidl Ladies National Football League semi-final 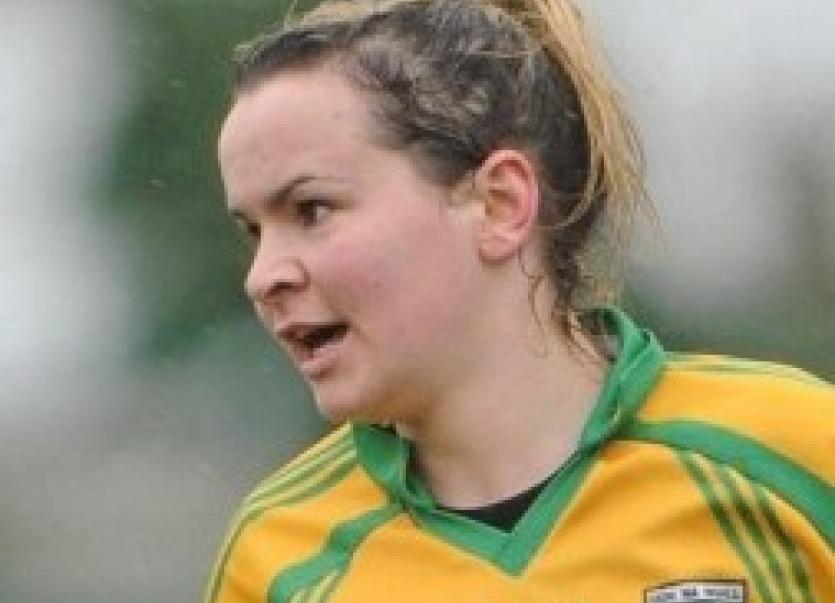 Geraldine McLaughlin set return at the weekend for Donegal

with the return to fitness of their ace forward Geraldine McLaughlin.

The Termon scoring  ace missed Donegal’s last three games in the league with a broken bone in her hand back picked up in training at the beginning of March. At the time  Donegal manager Maxi Curran felt that she would be out for the remainder of the league campaign.

However, she has returned to training in the last week or so and is back in the frame for Saturday afternoon’s semi-final showdown with Galway, in Glennon Brothers Pearse Park, Longford. (Throw-in 2.15 pm)

“Geraldine is back training and she worked hard on her own  when she wasn't able to train with us and she is now going well in training and very close to being ready,” said Donegal team captain Karen Guthrie.

“I expect if she is not in the team she will play some part at some stage which is a big boost because Geraldine is very important to the team though her role has changed a lot this year.

“She has worked on the defensive side of the game and is a great inspiration to the younger players on the field. It is brilliant to have her back.”

Teresa Doherty, who was unavailable  for the trip to Galway, is set to return this week. But the picture is a little less clear on Katy Herron and Ciara Grant.

“Katy and Ciara  are training away but it is touch and go if they will be ready for Saturday’s game.”

Donegal are chasing a place in their second final in three years having missed out on a last fourl place last season to Galway, on points difference.