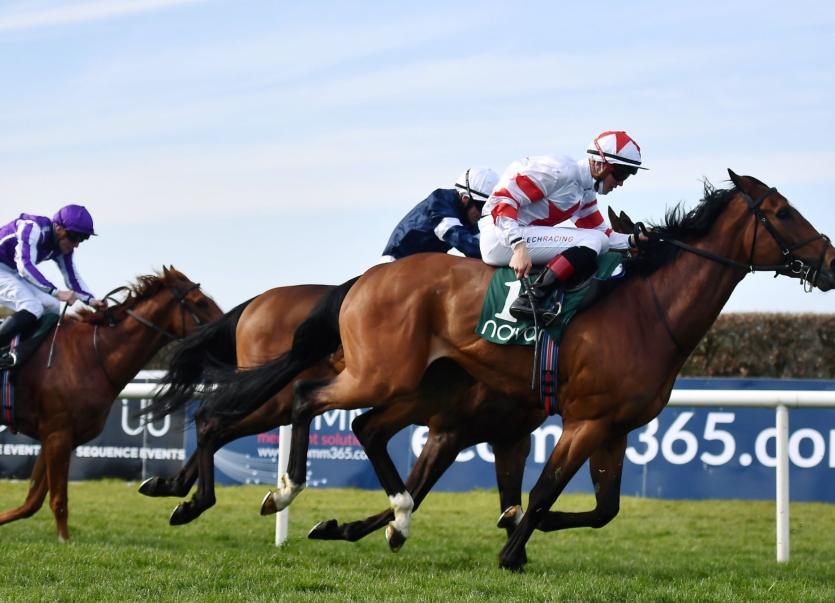 Baron Samedi, ridden by Dylan Browne McMonagle up on their way to winning the Vintage Crop Stakes race at Navan. Photo by David Fitzgerald/Sportsfile

A Donegal jockey has tasted success yet again.

This race is the centrepiece of the flat season at Navan and it has developed into one of the leading Ascot Gold Cup trials in Ireland. Previous winners include Yeats (twice), Fame And Glory (twice), Leading Light and Forgotten Rules.

Although he was towards the rear well into the one mile, six furlong contest, the Letterkenny jockey pushed along and was up to second two furlongs out, and then took the lead and kept on well inside final furlong to win by half a length from Master of Reality (8/1) while Emperor of the Sun (40/1) was third. Hot 8/13 favourite Santiago could only finish fourth in a field of just six runners.

Browne McMonagle has now had six wins on the flat this season.

The young jockey signed up as an apprentice with O'Brien in the middle of the 2019 flat season and finished second on his first racecourse start at Gowran Park.

He was 16 years of age when riding his first winner as an apprentice on the O'Brien-trained Jumellea at Navan on October 9, 2019.