The Democrat really is the ticket! 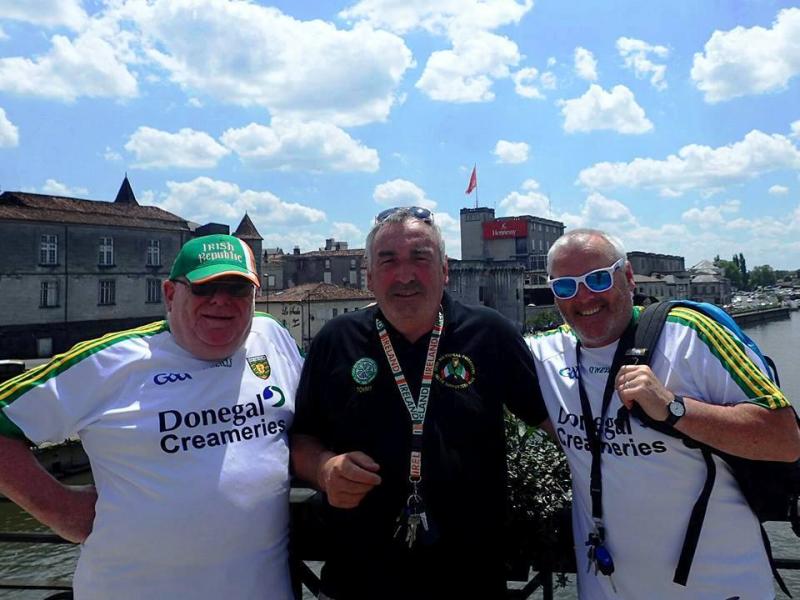 Within an hour of today's edition of the Donegal Democrat appearing on the shelves, our story of three Donegal men in France who were unable to get tickets for Monday night's match prompted a swift response.

One of the three men, Finbar Rock, told the Democrat that he quickly got a call from Alan Herron of Herron Motors in Donegal Town saying that three premium tickets were winging their way to Finbar, Peter Ogle Sr and Tommy Corr.

Speaking from the village of Cognac, Finbar commented, "I just can't believe it. You couldn't buy these tickets for love nor money. It just goes to show that Democrat still gets the message out there. "

Finbar added,"To Alan Herron, what can we say except 'Go raibh míle maith agat' - a nice bottle of cognac will be in the suitcase!"