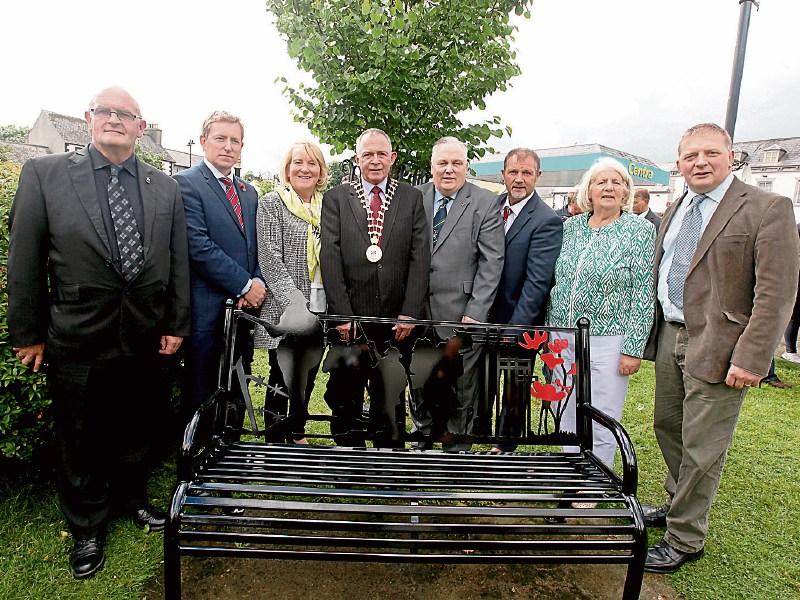 At 3.30pm on Friday last the bells of St Eunan’s Cathedral in Raphoe rang out 13 times, once for each of the 13 local men who died during the battle of the Somme.

One hundred years to the day, relatives of some of the fallen gathered for the unveiling of a new commemoration park bench on The Diamond to mark the occasion.

Hosted by the Ulster-Scots Agency large crowd gathered to recall the bloodiest chapter in World war 1 through art, song and verse.

Derek Reaney of the Ulster-Scots Agency said the occasion and the unveiling of the bench came about when they were approached by a group of Raphoe locals who expressed an interest in marking the historic centenary. Thanks to their efforts, a beautiful bench was commissioned to be placed in the town centre.

To honour the 13 who died in the Somme, the bells of St Eunan’s Cathedral rang out 13 times at Friday’s event. This was followed by a sounding of the last post and a piper's lament by Alan Goudie.

Guests were then treated to a beautiful version of one of the best known songs penned about the most bloody battle in history, The Green Fields of France, which was sung by Lucy Parke, who later also sang “The Fallen Poppy”.

The bench was unveiled by Directors of the Ulster-Scots Agency, Val O’Kelly and Ida Fisher, along with Cathaoirleach of Donegal County Council, Cllr Terence Slowey.

Cllr Slowey said it was important to remember those who had been “airbrushed out for many years”.

Local councillor, Frank McBrearty, was also thanked for his efforts in helping the project.

Gary Blair then read the poem “The lad” by WF Marshall, and Derek Reaney read “The Aftermath” by Siegfried Sasson.