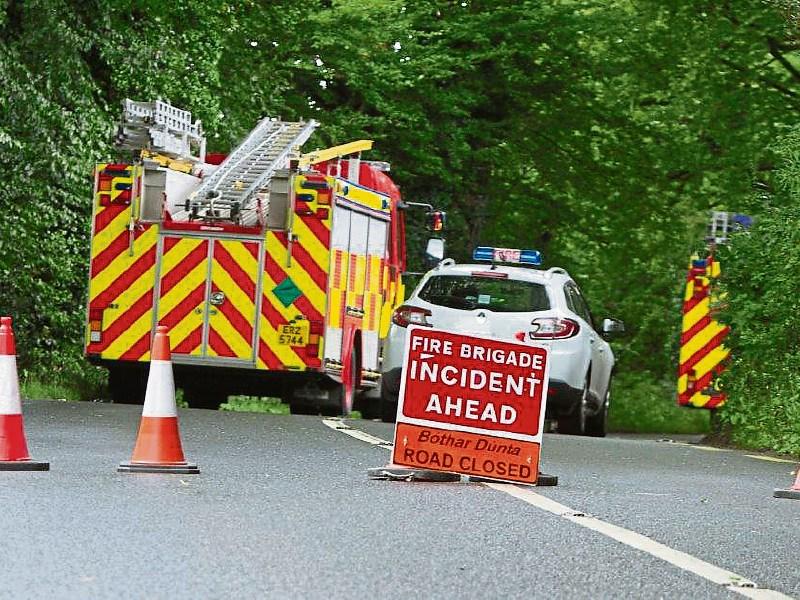 The scene of the yesterday's collision at Tullyrap. Photo: Northwest NewsPix

A driver involved in yesterday's collision has died, bringing the number of deaths on Donegal's roads this year to six.

Two vehicles, a car and a lorry, were involved in the collision on the N14 at Tullyrap, between Rossgier and Raphoe, at 12.50pm yesterday (Thursday).

The crash occurred on a section of the road that is characterised by a series of sharp bends and there were heavy rains at the time of the collision.

The driver of the car, understood to a 34 year old man from Belfast and his passenger, a a female in her teens, were taken by ambulance to Letterkenny University Hospital where the man was later pronounced dead. His name has not yet been released.

The young woman is understood to have suffered serious injuries and is still in hospital.

The driver of the lorry was uninjured.

Part of the N14 was closed yesterday, with diversions in place but the road has re-opened.

Gardaí are renewing their appeal for witnesses and anyone with information to contact LeStterkenny Garda Station on 074 916 7100.