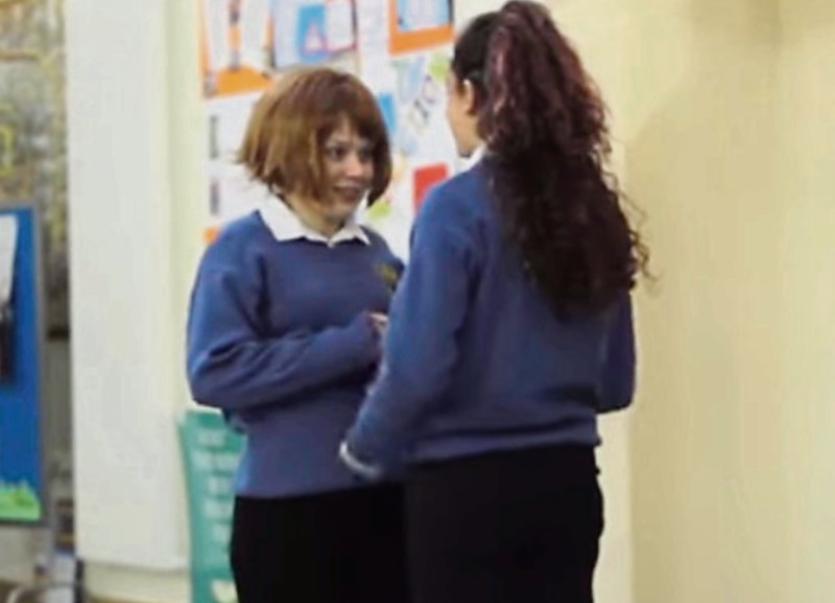 A scene from the award-winning short film

A film made by Magh Éne students on the sensitive issue of LGBT awareness has been screened at a festival in India.

The award-winning short film with a very important message was produced by Richard Thien for the Irish Fresh Film Festival.

He joined forces with fellow student Anna Maya Pawlowski, who wrote the script for “A Wider Path”.

The short film starred Ruth Dickson and Georgina McFarlane, both students at the secondary school in Bundoran.

The aim of the project was to explore some important issues amongst the youth of today.

The story follows Alex, a lost and confused teenager, and how she feels before she meets Emily, a fellow student. In time, she accepts her true feelings for Emily and discovers her path in life.

The film was developed to highlight the presence of the LGBT community both in our schools and outside the school gates. The important message that the students hoped to convey through the film was that “It’s your differences that widen your path and make it worthwhile.”

Magh Éne teacher John Reilly spoke for all the faculty, “We at Magh Éne couldn’t be prouder of all involved. The film has been a huge success and shows what young minds are capable of.”

The film won several awards in Ireland including: Special Mention Cinematography at The Fresh Film Festival; Best Short Film at The First Cut Film Festival; and the ETB Health and Well Being Project award.

This month, the film's success continued with the exciting news that it was recently screened at one of India’s largest LGBT Festivals, The Chennai Rainbow Film Festival.

"A Wider Path" is proving to be very popular, with over 100,000 views so far between various websites where is it posted, including YouTube where it can be viewed by all.

As if that wasn’t good enough, two teenagers recently contacted Magh Éne students to thank them, as with the help of the film, they found their own "Wider Path.”