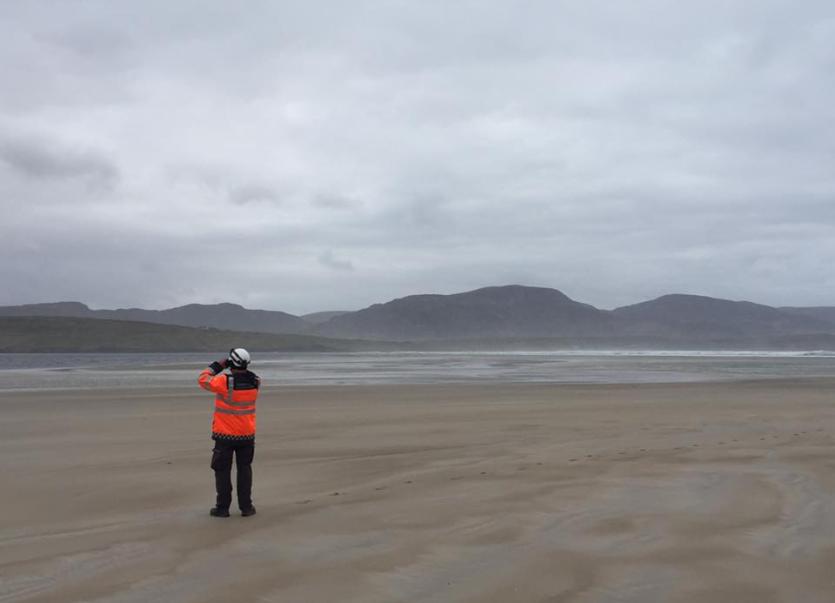 Members of the public in Donegal are being asked to be vigilant as the search operation for the remaining crew members from crashed Rescue 116 focuses increasingly on the Donegal area.
A flotilla of fishing vessels is to leave Killybegs tomorrow evening to travel south to Blackrock in Co Mayo and before returning to continue the search on the Donegal coast on Saturday.
The operation is being coordinated by the Irish Coast Guard and the RNLI. It follows a plea by the sister of missing winchman Ciarán Smith. Orla Smith urged any vessels that can help along the Mayo and Donegal coastline to get involved.
Sean O’Donoghue, CEO of Killybegs Fishermen’s Organisation, said around 12 larger fishing vessels would be involved in the operation at the weekend. Vessels will include some of the large refrigerated sea vessels from the Killybegs fleet.
He said the search was a gesture of gratitude from the fishing community to the Coast Guard.
“A large number of people want to get involved in this search but safety at sea has to be paramount and vessels have to be appropriate for the weather conditions,” he said.
“We really depend on the Coast Guard at sea and they put life and limb at risk for us.
“This is only a small token of gratitude in turn from us as we really do depend on them when we are at sea.”

The search for Mr Smith and his missing colleague Paul Ormsby and wreckage of the crashed coast guard helicopter has moved further north in recent days with an increasing focus on Donegal Bay and the Donegal coast.
The Sikorsky S-92 helicopter crashed in the early hours of March 14th off Blackrock island off north Mayo.
Irish Coast Guard senior pilot Dara Fitzpatrick (45) and co-pilot Mark Duffy (51) were the first two confirmed casualties.
The search will intensify for their missing colleagues at the weekend when favourable weather conditions will see more land and sea searches along the Donegal coast.
Coast Guard units from Killybegs, Bunbeg and Mulroy have all been involved in shore and sea searches along with RNLI vessels from Bundoran and Arranmore.
Civil Defence teams have also been involved and they have been using drones as part of the search operation.
The Rescue 118 helicopter from Sligo was carrying out searches over the northern half of Donegal Bay yesterday morning, conducting a sweep from Arranmore down to Rathlin O'Birne island.
Six-metre swells yesterday were making the search operation difficult and better weather at the weekend will see the search operation escalated.Wreckage from Rescue 116 was found near Portnoo almost two weeks ago and a fishing boat returning to Killybegs also picked up wreckage.
No wreckage has been discovered in Donegal since the discovery at Portnoo, the Coast Guard has said.
Killybegs and Bunbeg Coast Guard units have been involved in searches in their local areas and Mulroy Coast Guard have taken part in searches in the south of the county.
Land searches have focused on the Killybegs, Glencolmcille and Portnoo areas.
Dara O’Malley Daly, station officer at the Malin Head rescue coordination centre, said the area of the search operation has been expanded into the north Donegal Bay due to the tides and winds.
He called on members of the public to keep an eye out when walking on beaches and along the coast for wreckage or anything suspicious.
“We would like the public when walking on beaches and the coast to be aware and report anything suspicious that might look like wreckage,” he said.
“But we are asking people to be cautious and not take a chance - make a call to us and we will get someone down. Safety is paramount,” he told the Donegal Democrat this week.