Shaun Doherty steps down after 27 years at the mic 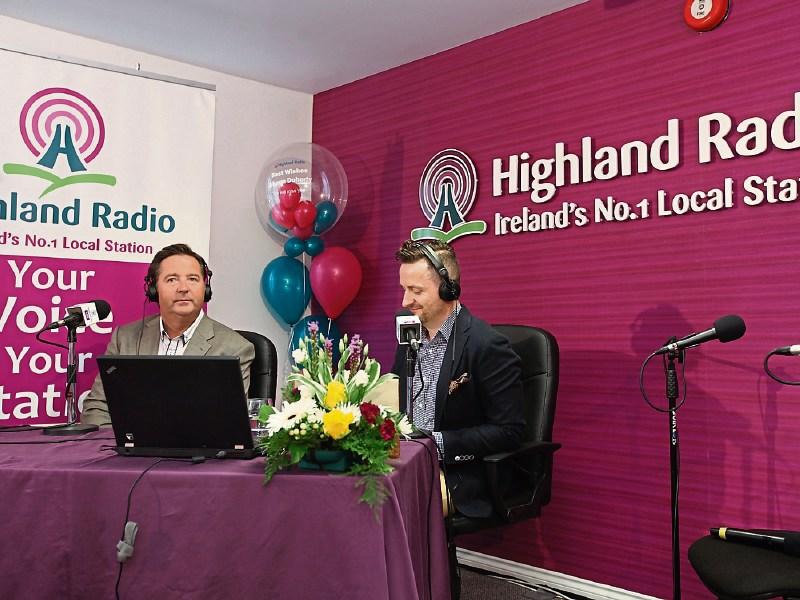 Shaun Doherty with Lee Gooch at his last broadcast today

It was an emotional Shaun Doherty who signed off from his Highland Radio show on Friday afternoon for the last time after 27 years in the hot seat.

Glowing tributes were paid to the popular broadcaster over the course of the show, and he accepted the invitation to become patron of the Donegal Hospice extended to him live on air by Dr James McDaid.

Two weeks ago, the popular broadcaster announced to his listeners that he was quitting his role.

And after his final weekly newspaper review in the company of Pat McArt, Mary Harte and Christy Galligan on Friday, Shaun was escorted upstairs for the remaining two hours of the show, where an invited audience was waiting for the unsuspecting Stoke-on-Trent native.

Among them were two of his sisters, Marie and Sharon, and many of the friends and associates he gotten to know so well since taking his first steps into local radio with Donegal Community Radio (DCR) 30 years ago.