Donegal Council may link up with LYIT on Market Square - Cathaoirleach

Students could get involved in Squares future design 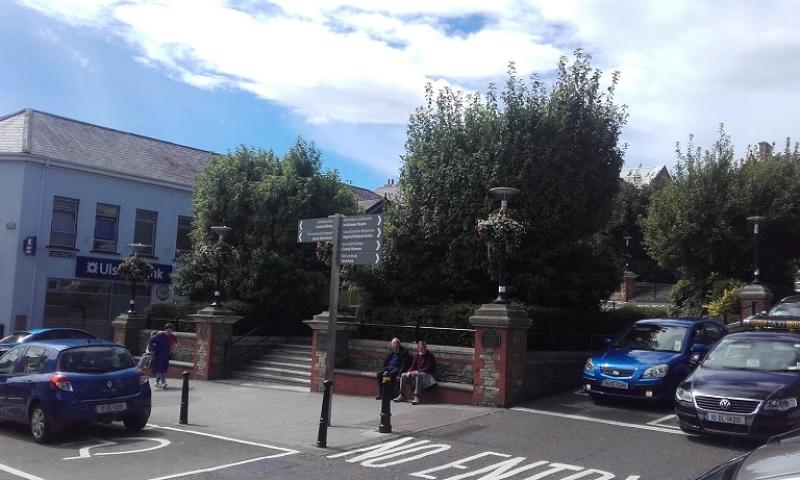 The Cathaoirleach of Donegal County Council is calling for a link-up between the council and students in the Letterkenny Institute of Technology to examine design plans for the future of Letterkenny’s Market Square.
Cathaoirleach, Cllr Gerry McMonagle of the Letterkenny Municipal District, has made the suggestion saying the it could be of benefit to both the council and the college to work on a “real live” project that could have benefits for developing the square as an amenity for all the people of the town as well as visitors to the area.
“I would like to contact LYIT and see if their up-and-coming architects had a class to see if they could work on a project to design another square. It could be real-life work for them and they could come out on site with measuring tools and get the specifications of the square as part of their college workload. Then maybe they could do it over the course of a year and submit a design for Letterkenny Square,” he stated.
He said the move could also help save the council money in the long term.
“What the council would do is spend €5,000 or €6,000 and get a consultant in, but next year's consultants could be this year’s third-year students in LYIT. I’m going to ask the council to engage with LYIT in that respected to see if they would consider it as part of a programme for the students to do,” he told the Donegal Democrat.
Both Cllr McMonagle and Cllr Jimmy Kavanagh recently raised a similar motion at a meeting of the Letterkenny Municipal District when they moved to address making the Market Square area more open, safer and accessible for everyone.
A metal sculpture depicting children at a hiring fair was recently damaged and flowers planted nearby were also vandalised in mid-week, late night incidents.
Both councillors met with engineers and the gardaí to discuss what could be done to combat the problem.
Much of the CCTV coverage of the square is currently blocked due to the growth of tall trees at the front of the area. Plans are in place to remove these and pare back other trees to improve visibility.
Mayor of Letterkenny, Cllr Kavanagh, confirmed the groups concerned were also looking at longer-term approaches to keep the place safe and accessible.
“We have decided in the short term to that trees at the front be removed completely. There are too many trees there. The CCTV is on the corner of one of the buildings at the end of the square. It is blocked by the big tree at the front and that is a problem so it is going to be taken away. The other trees are going to be cut back.
“We also asked the we get an architect to take a look at it as well just to give us something to discuss for a longer-term view, but we are both pretty happy with it as long as it is open up at all times and accessible,” Cllr Kavanagh stated.