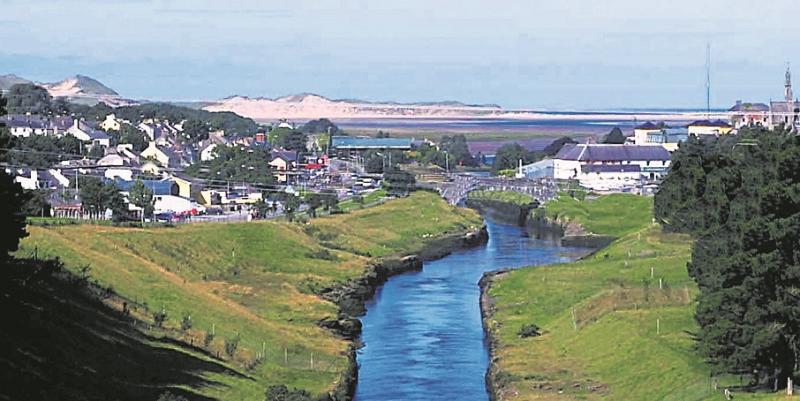 The area where the man jumped into the River Erne is to the forefront of this general view of the river. Photo Thomas Gallagher

A man dived into the river Erne in Ballyshannon to try and evade capture by gardaí early last Tuesday week morning.

It is believed that he and another man had fled across the border from Belleek after a series of thefts were reported to police in the Belleek area, in the early hours of Tuesday week morning.

The incident began in Ballyshannon between 8.30 am and 9 am, when some members of the public saw two men acting suspiciously in the town.

One man seemed to take a package from another man before running down the street.

Gardai were alerted and the man dived into the river and seemed to be holding a package above his head.

He managed to reach the far shore on the Market Yard side of the river, but was later caught by gardaí at the Shiel Hospital.

He was arrested and taken into custody.

Another man, believed to be an accomplice, escaped and is still at large.

A few hours earlier the PSNI were alerted following reports of a series of robberies in the Corry area of Belleek.

A helicopter was dispatched in an attempt to capture two men.

Two men entered a house in Belleek and got away with a sum of cash.

They were driving a BMW car that broke down.

It is believed they then stole a tractor from another residence to try and get the BMW to function.

When this was not successful they stole a motorbike and some cash from another house in the area before making their way to Ballyshannon.

In water for 15 minutes

A garda source confirmed that a man who was taken from the River Erne was arrested after he had been in the water for almost 15 minutes.

He was also was described as being "a person of interest" in a PSNI investigation into an incident across the border prior to his arrest.

A garda spokesman at Ballyshannon garda station said that one man had been arrested on a circuit court bench warrant. He had been brought to court and was remanded in custody.