One of the gigs of the year, in Donegal

John Prine and Sturgill Simpson at An Grianán Theatre 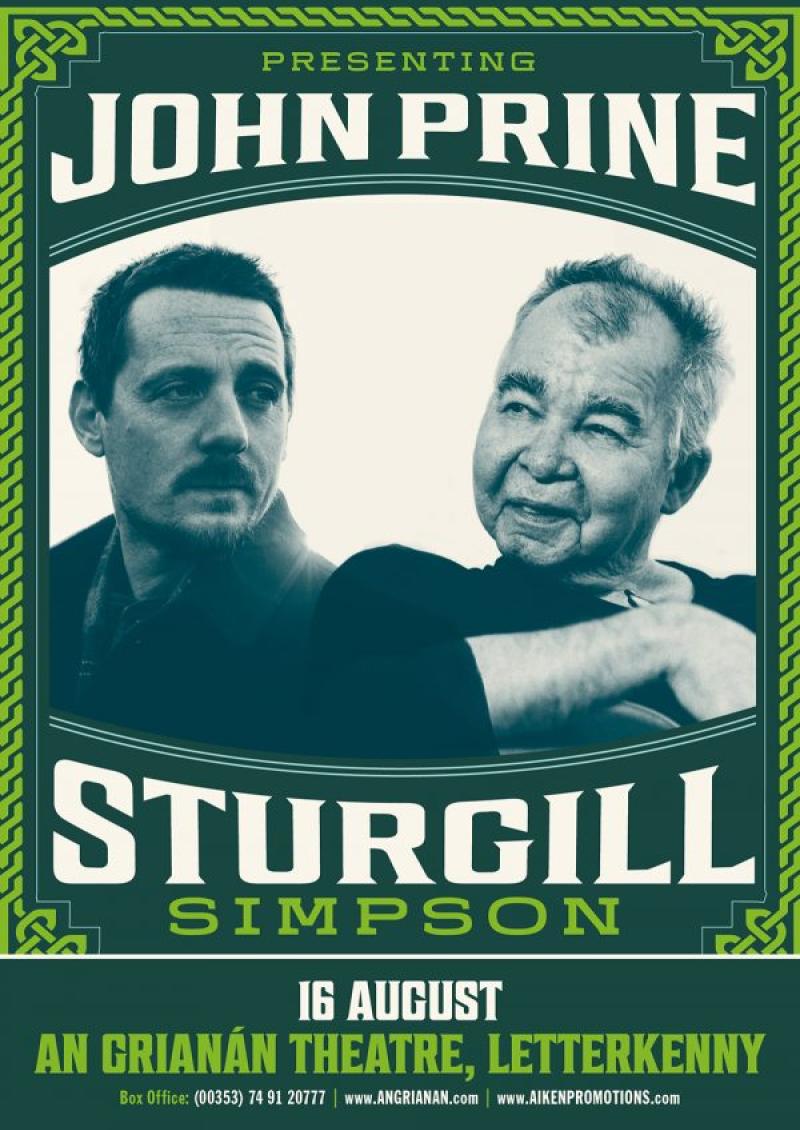 One of the gigs of the year takes place next Wednesday night, August 16th, when folk/country legend John Prine plays An Grianán Theatre, Letterkenny.

Prine is one of the pioneering singer-songwriters of his generation. Since he burst onto the scene in 1971 with his first incredible empathetic collection of song-stories about marginalized Americans, the now 70-year-old legend has generated a consistently brilliant and massively influential body of work.

A two-time Grammy winner, Prine’s songs have been recorded by everybody from Johnny Cash, The Everly Brothers and Carly Simon to Bette Midler, Norah Jones and George Strait. He’s a member of the Nashville Songwriters Hall of Fame with his classic debut album, simply entitled John Prine, recognized as part of the Recording Academy’s Grammy Hall of Fame.

His work has drawn effusive praise from Bob Dylan, Kris Kristofferson, Roger Waters, Tom Petty, Bruce Springsteen and a whole host of others whose taste in music carries considerably more weight than mine (for what it’s worth I think he’s a genius too).

He'll be supported on the night by Sturgill Simpson, a younger generation singer who offers his own unique take on country, soul and rock-and-roll songwriting. Simpson's third studio album, A Sailor’s Guide to Earth, won the Grammy for Best Country Album and was also nominated for Album of the Year. His honesty and integrity as a writer have earned him comparisons to Prine himself so he’ll be a perfect fit on the bill – an elder statesman backed by a rising star.

Tickets are €55 – I know that may seem a bit hefty but Prine is a bona fide legend and to get to see and hear him up close and personal in a relatively small (ie sub 400 seat) venue is an incredibly rare thing. Tickets for this one have been sold out literally since the morning that they went on sale, but it’s always worth trying your luck with regard to cancellations and returns. Ring An Grianan on 074 9120777 to chance your arm.