Frank McGurk and the mysterious affair

The Donegal man still waiting on that call from the Russians! 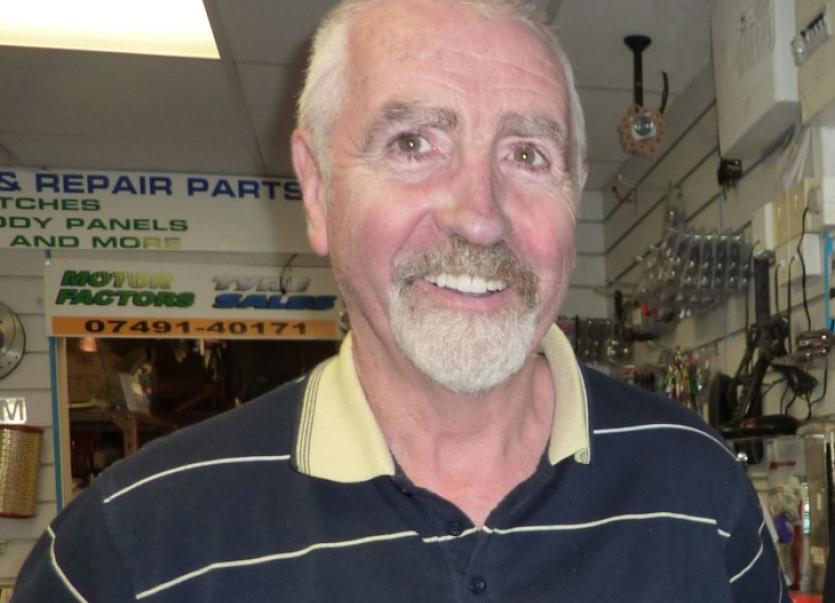 One of my late father’s abiding memories was holding a two-year old Tony Hanahoe (future Dublin footballer and All-Ireland manager) on his knee when he arrived in Carrigans as a young guard in 1947.
Hanahoe’s was the local pub (now The Carrig Inn) and in 1949, it was sold to Leo McGurk from Desertmartin for the princely sum of £6,500.
Leo came from a family heavily involved in the flax business, his grandfather, John, had built a family owned mill in 1836, at the princely cost of £30.00.
In 1940, Leo applied for and was successful in getting the job of manager of a flax mill in Carrigans, in Donegal, at that time owned by Herdmans. This was to be a temporary move, but as happens in countless cases, the temporary became permanent.
His wife, Winifred, was a teacher in Desertmartin and up until the time he bought the pub, he stayed in digs in the stationmaster’s house, McKenna’s, until his wife joined him in the newly acquired public house.
They had two sons and two daughters, and I went to visit local businessman and historian, Frank in his home, not far from the meat factory, a very successful enterprise in which his father, Leo, was one of the early leading lights.
As a child, Frank went to Coxtown NS and then to the CBS in Derry which prompted me to ask if the regime was as brutal as many of my friends and colleagues had intimated over the years. He laughed: “There was never a hand laid on me as my father used to smuggle the hurley sticks into them. The McGurks were in the good books!”
He spent a year in Garron Tower College, in the beautiful Glens of Antrim, and was then sent to St. Columb's in Derry and while the regime was hard and physical punishment tough, in general, the staff, with one notable exception, were not too bad. The cover of The Mysterious Affair at Dunmore

Physical abuse was par for the course. As a boarder, you were almost guaranteed to get the strap at least once a day. He went straight into the old Munster and Leinster Bank, working in Omagh and Strabane. But during this time, he met his future wife, Audrey, a local girl and when he was offered a transfer to the Enniskillen branch, he decided that he wanted to stay near Carrigans, make a life with Audrey and follow in his father's footsteps and go into business for himself.
He got involved in the freezing and processing of salmon, in the hide and skin business, and then in the 1990’s opened CCCP Motor Factors. And where did he come up with the name?
"Well, Frank, that's a funny one. We were playing about with the initials for Carrigans, Cars and Parts and my wife said, 'don't the Russians have the name CCCP?'.
“In the old USSR days, the Soviets didn't call it the USSR, their initials were CCCP and these letters were seen mostly on the national football team shirts and their spacecraft. So we went with CCCP and hoped the might of the USSR didn't come down on us for breach of copyright!
“To our great relief, twenty six years later and we haven't been sent to the gulag, yet.
“I always remember one funny incident, shortly after we opened. One of our suppliers' van drivers came in all excited one morning and said, ‘How the hell did you get your business initials on the spacecraft of the James Bond film, I saw, last night?’ He was deadly serious, so I looked him in the eye and whispered, "It's not what you know, it's who you know !"
One story that Frank has been deeply involved in, is the tragic and mysterious deaths by gunshot, of three people at the home of Colonel Robert McClintock, of Dunmore, near Carrigans in September,1938.
Frank first learned about the story, as a boy, when he heard the talk and whispers of what had happened that tragic day. Especially whispers that the full story had not been told and the inquest had not learned the full facts and so, about 25 years ago, he finally decided to do some further investigation into the story.
Almost immediately, he met up with the well known Derry broadcaster, Ken McCormack, and soon discovered that Ken was also interested in the story. So, together, they decided to do some further research with the intention of writing a book about it.
That research took almost ten years and writing about another 15 years. When they began to look into the background to the tragedy, they soon discovered that the story was akin to Churchill's famous description of Russia, - ‘a riddle, wrapped in a mystery, inside an enigma’.
It was uncannily like an Agatha Christie story and Frank and Ken were amazed to discover that the famous writer was, in fact, related to the McClintocks and had visited Dunmore in the 1920s and early 30s!
Frank and Ken often wondered did she have an uncanny connection to those tragic events of that September afternoon, eighty years ago. Together, Frank and Ken decided that they would try to reveal the enigma, unwrap the mystery and finally solve the riddle.
And so, after many years of research and writing, their truly fascinating book, "The Mysterious Affair at Dunmore" is now complete and will be launched in the Spring of 2019.
I asked him if he was retired at last and he replied: "Well, Frank, I am, unfortunately, due to the slow, but progressive deterioration in my health.
“I still help out a bit in the business, it's always good to meet and talk with different people every day.
“I still write a bit, read a bit and try to spend a while every day, tinkling the old ivories. But best of all, I get to do the greatest thing in the world - spend time with our grandchildren, every day with them brings a new challenge!”