REVEALED: The semi-finalists are announced in Donegal All Time Greats

Polls now closed after another busy week of voting 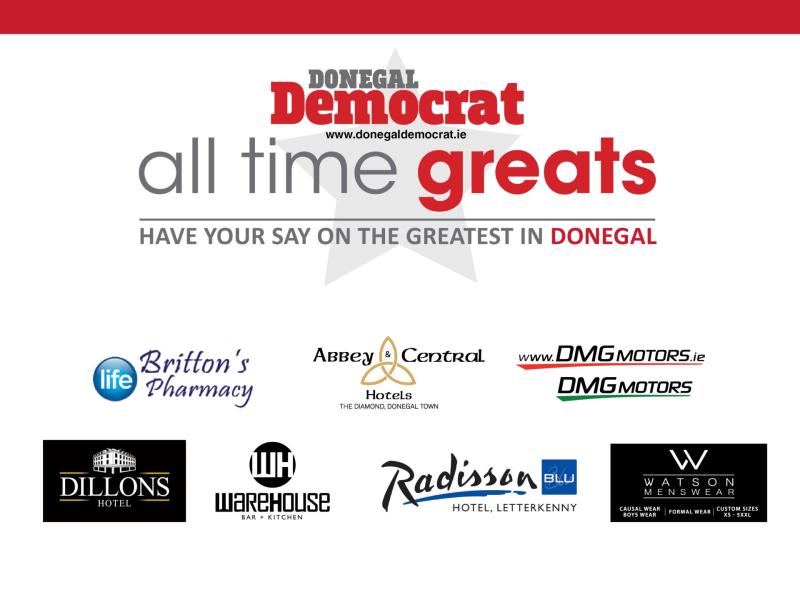 What a week it's been in our search for Donegal's All Time Great.

We asked you to play your part in helping to select four nominees to advance from our Round of 8. And you have certainly played your part.

Since the polls opened for our four ties on Tuesday morning, the votes have been pouring in and there were some fascinating battles right up to the close of polls this morning.

In the first tie, Mairéad Ní Mhaonaigh was paired with Michael Murphy and for the second week in a row, Mairéad found herself involved in a really tight contest. She did manage to come through her tie with Paddy Harte in round one, but on this occasion, she just lost out to Michael Murphy who sneaked into the semi-finals by a narrow margin.

In match #2 Packie Bonner was up against Enya. The two nominees both received a large share of the vote in the first round, and they were once again, well backed in the Round of 8. But there could only be one winner and this time it was Enya who won out. It was a battle of two stars of the entertainment world in match #3, Rory Gallagher was up against Moya Brennan.

The huge support that Rory received in Round One didn't really drop in Round Two - and he attracted another huge vote to advance to the semi-finals.

And it was a similar story in our last match-up which saw Brian McEniff up against Daniel O'Donnell.

Daniel was our poll-topper in the Round of 16, and he did really well again to see off the challenge of one of our most popular nominees, Brian McEniff.

On Tuesday, February12, the draw will take place in our semi-finals and you can watch the video on our Facebook page.

Once the draw is complete, the polls will open again on the Donegal Democrat’s website in our All Time Great’s section, and you will be invited to vote in each of the two pairings. The four semi-finalists are Rory Gallagher, Enya, Daniel O'Donnell and Michael Murphy.

The polls will remain open until Friday morning, February 15.